You know you're in Denmark when... (Here comes the Summer!)

How I love late spring/early summer!  My absolute favourite time of year, when Denmark shows itself from its very best side...  It looks, smells and sounds good!  So here's a - completely subjective - list of things that sum up summer in Denmark for me:

Have you tried koldskål topped with little kammerjunker biscuits yet?  The Danes (and my daughter...) plough their way through the stuff. Over 10 million litres a year!  One of my husband's colleagues loves this strangely addictive, sour, white stuff so much that she eats nothing else between the months of May and September...

Sankt Hans Aften (midsummer), 23 June, is truly a magical evening,  That is, if Danish weather gods don't stop play!  As the light begins to fade, bonfires are lit up and down the coast.  A local dignitary or personality makes a speech and then comes a singalong - which always starts with the midsummer hymn, Vi elsker vort land ("We love our country").  Not a dry eye in the house - remember your hankies!

There's no getting past it.   Homemade or shop-bought.  Still or sparkling.  Diluted with cold water or added to a glass of bubbly for a sparkling apéritif.  Hyldeblomst (elderflower) is the quintessential Danish summer drink.  Or how about going one step further - and making your own elderflower champagne?  Super easy - the recipe is here. 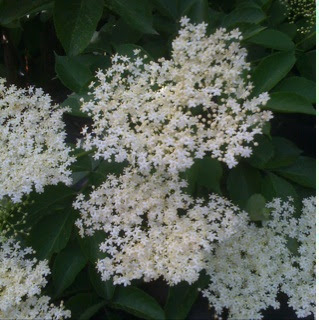 When you're out and about this summer, you might,  if you're lucky, see some beautiful Mums and Babies out for a swim.  Knopsvanen - the mute swan - was named the national bird of Denmark after a public vote in 1986.  Not really a big surprise there, as swans often feature in the fairy tales of  Hans Christian Andersen...

Do you hear the sound of car horns, blaring music, singing and cheering outside? Yep, it's graduation time! A truly spectacular sight when decorated trucks full of Danish high school kids pass by you on the street.  And they keep driving past.  All day and all night.  Don't forget to toot and wave at them :) 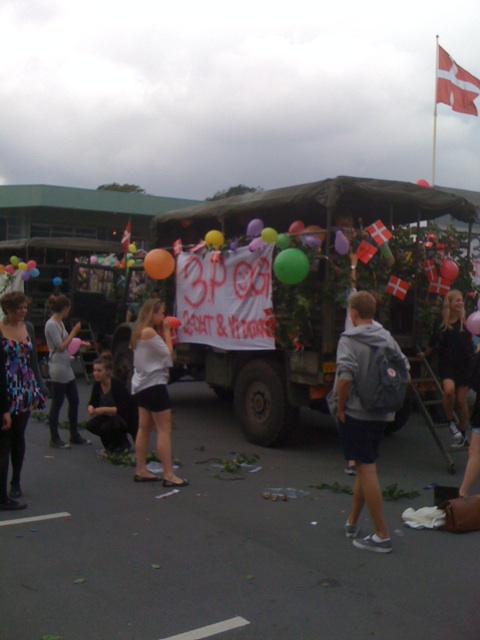 I heart smørrebrød!  And after a swim in the sea or a walk along the beach nothing beats sterneskud ("a shooting star"), a classic smørrebrod of fried plaice and fresh prawns.  Washed down - selvfølgelig - with a nice cold beer.  Skål!

Will you have visitors over the summer?  Then head downtown to Nyhavn, the "New Harbour".  It's central, picturesque and always, always buzzing with activity.  And the best part?  Simply jump on one of the canal boats for a spot of sightseeing.  Lean back, relax and enjoy the sounds of your friends "oohing" and "aaaahing" over how pretty Copenhagen looks from the water! 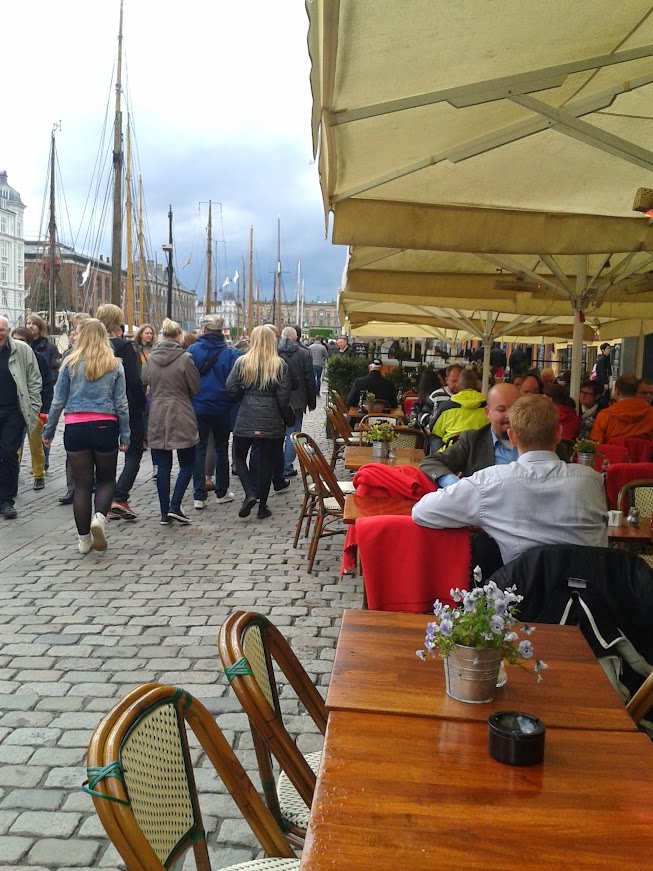 But, for me, the best part of early summer in Denmark is the smell of the air at 6am. The chirping of the birds - as annoying as that may be, on the mornings when I'm trying to have a lie in!  Whizzing along on a bike instead of sitting in a stuffy car with the aircondition going at full blast. Enjoying every single minute and hour of sunshine and warmth that comes our way.  Sitting out in the garden with a book after dinner.  The long, long, loooooooong nights.  Coming home from a party in the early hours of the morning and discovering that it's already light - eek!

Yep, get out there and enjoy it while it lasts!

Copenhagen Danish traditions Denmark Food and drink General interest school summer those crazy danes You know you're in Denmark when...