Eurovision is here! And I was there! #JoinUs

on May 09, 2014
If you saw Tuesday's post, you'll know that I was gearing up to watch the first Semi-Final of Eurovision live in Copenhagen.  Oh, what a night! 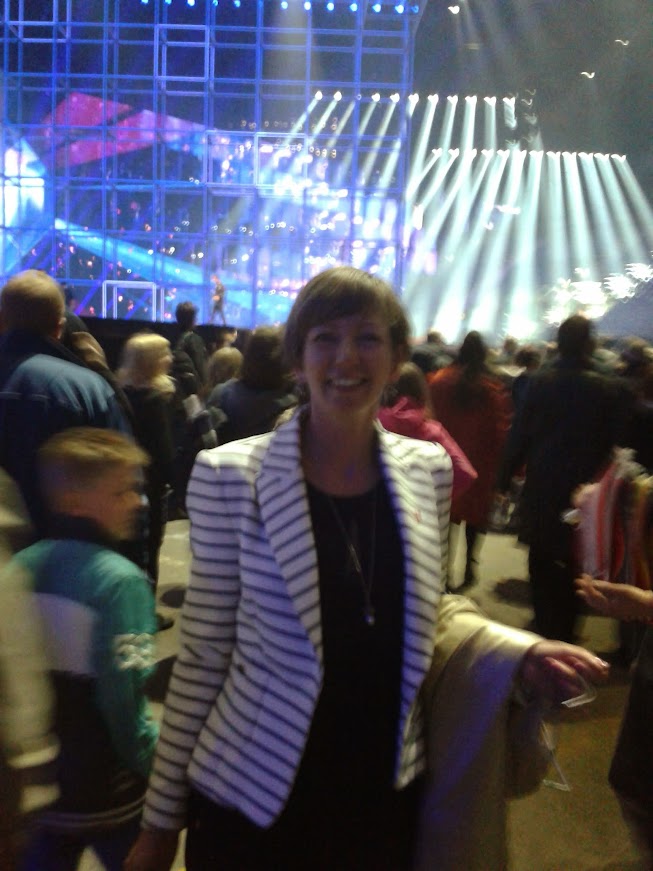 We sailed from the harbour, Nyhavn... 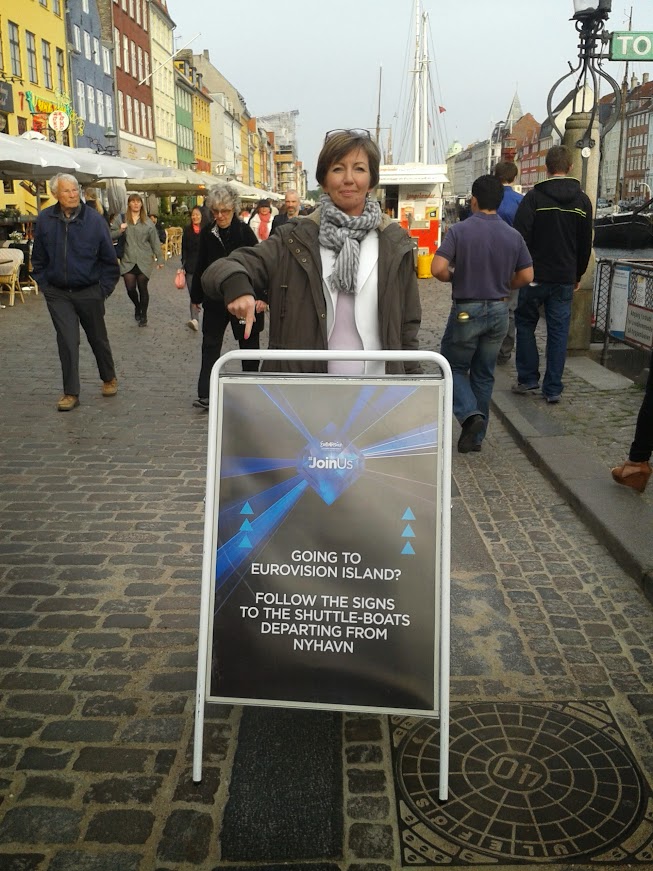 ...by specially chartered canal boats over to Refshaleøen. 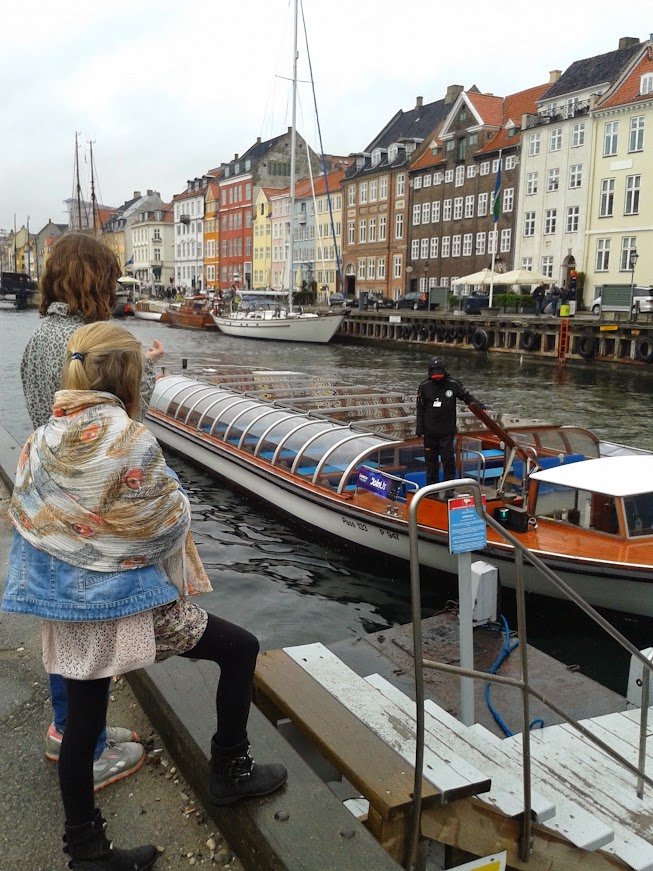 Everybody on the boat was in high spirits and enjoyed the views of, amongst other things, the Royal Yacht - Dannebrog, which just happens to be moored right in front of the Eurovision hall. 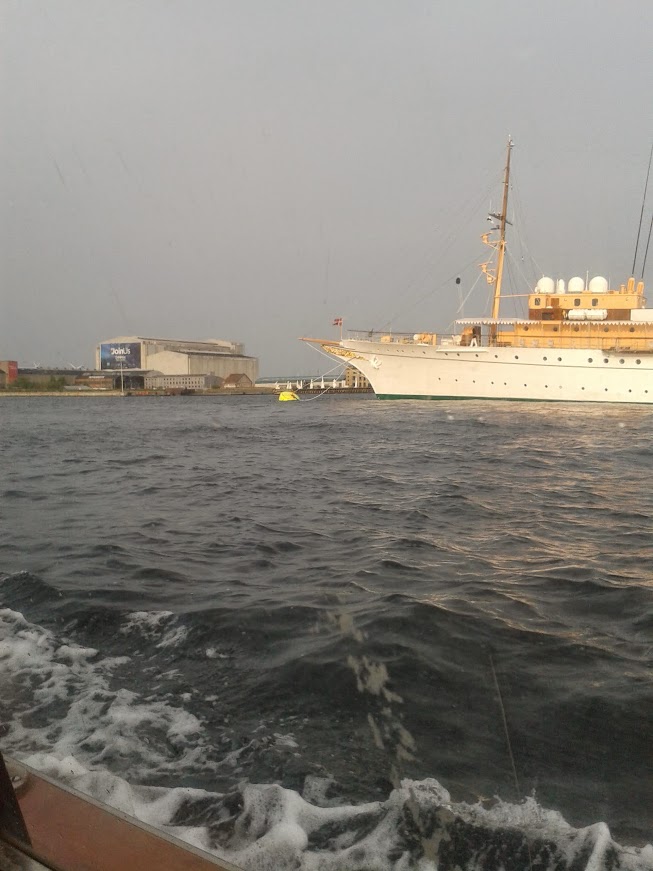 But, disembarking, I have to admit that Refshaleøen - dubbed Eurovision Island - looks a bit of a dump.  Especially as the fans couldn't wait to start taking photos.  Couldn't someone at least have cut the grass and removed the weeds?! ;) 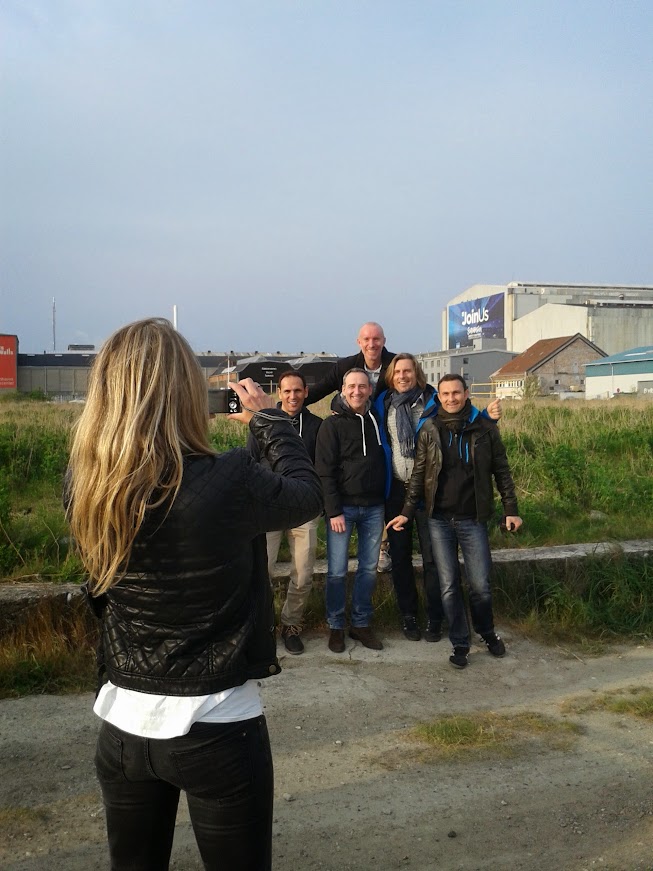 Once through security (a quick pat down, bag check and metal detector)... 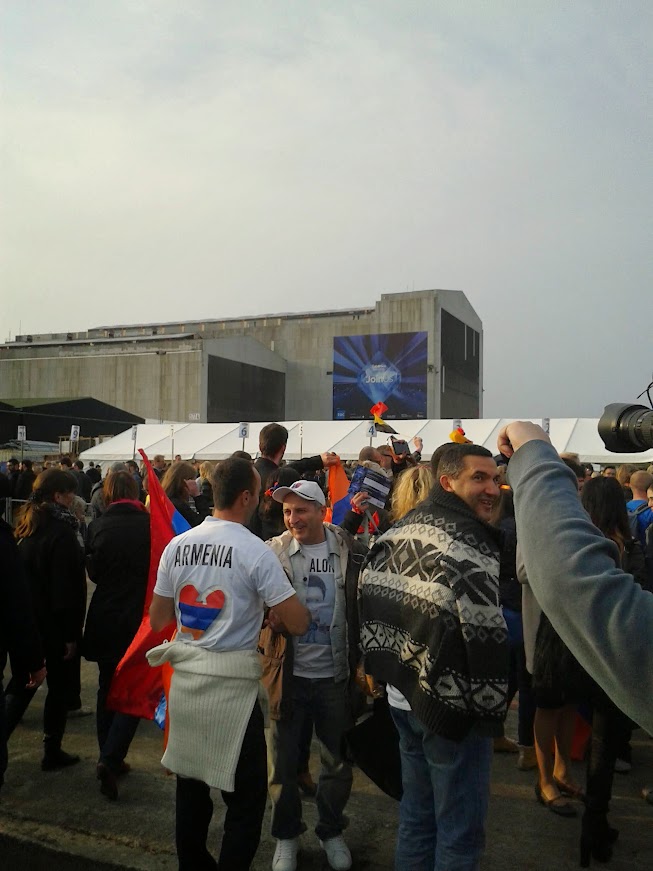 ...we were into the open air bar area. 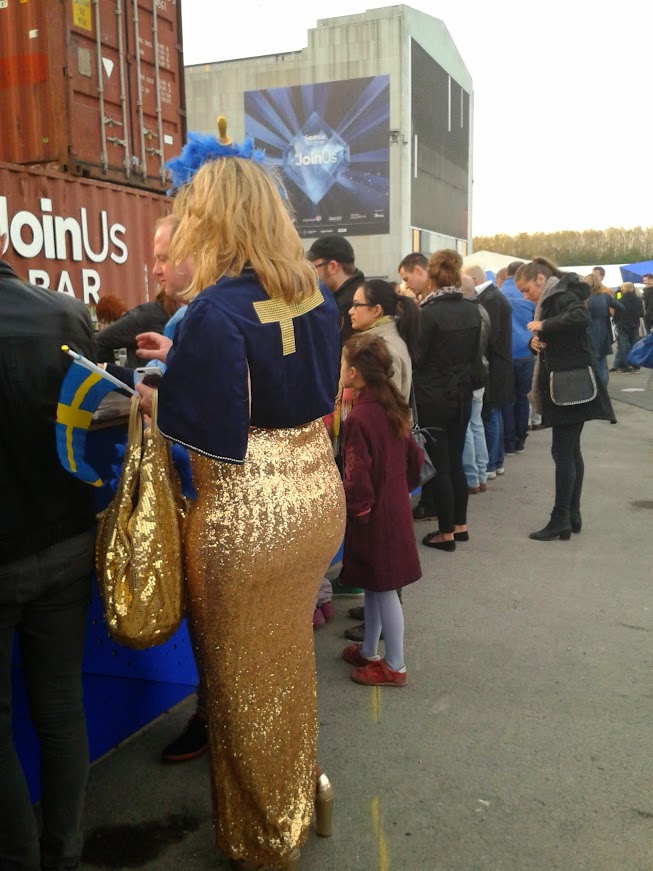 Everyone was in fine fettle and we chatted to fans from all over Europe... 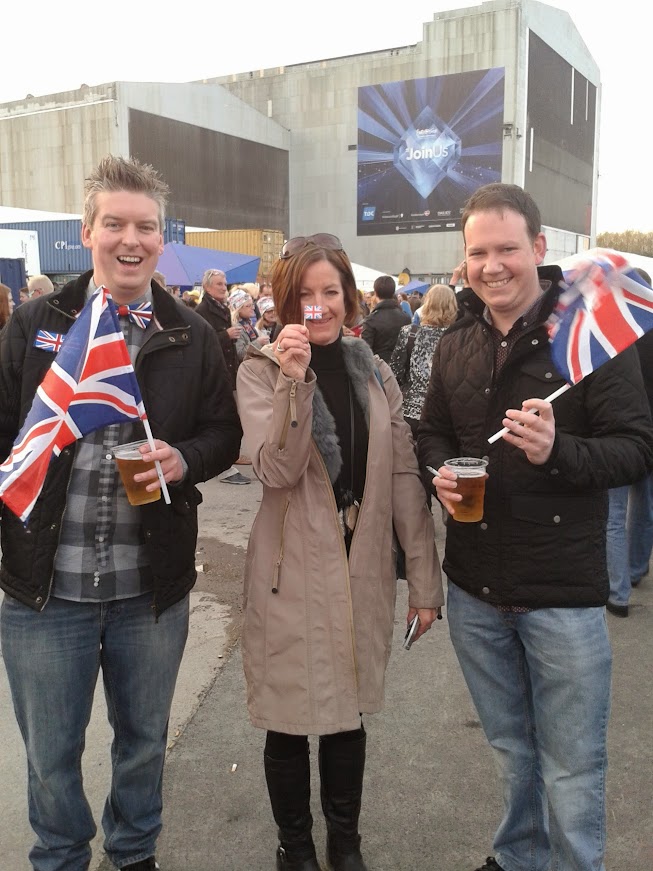 Even a chap who hailed from Venezuela! :) 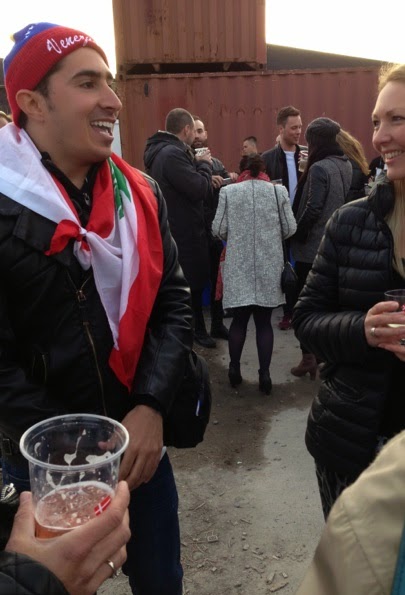 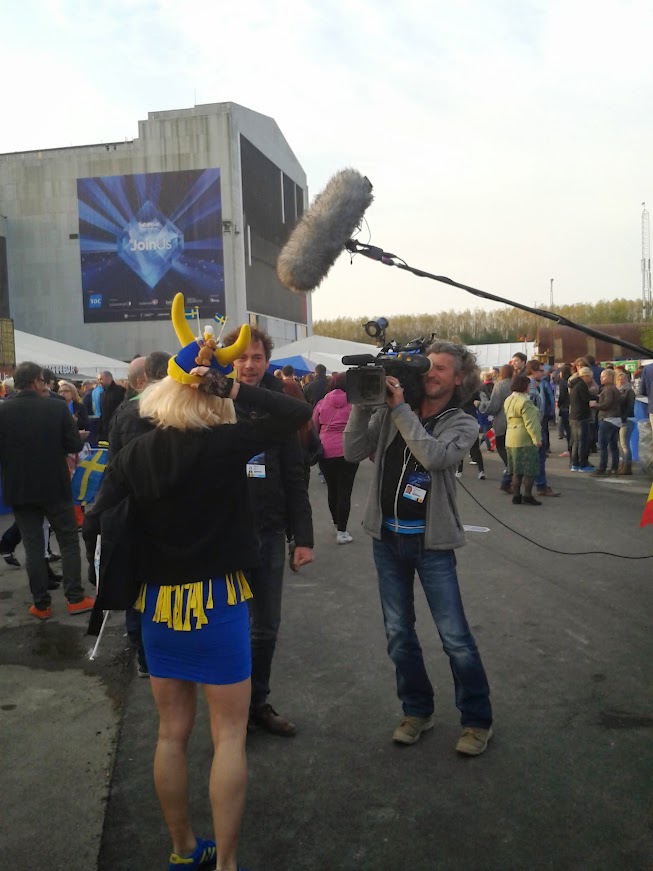 A few bottles of bubbly later (hic!), it was time to wee-wee at the porta loos before entering the old B&W building (an old shipyard).  It was then that we started to feel the "wow" factor. This place is immense! 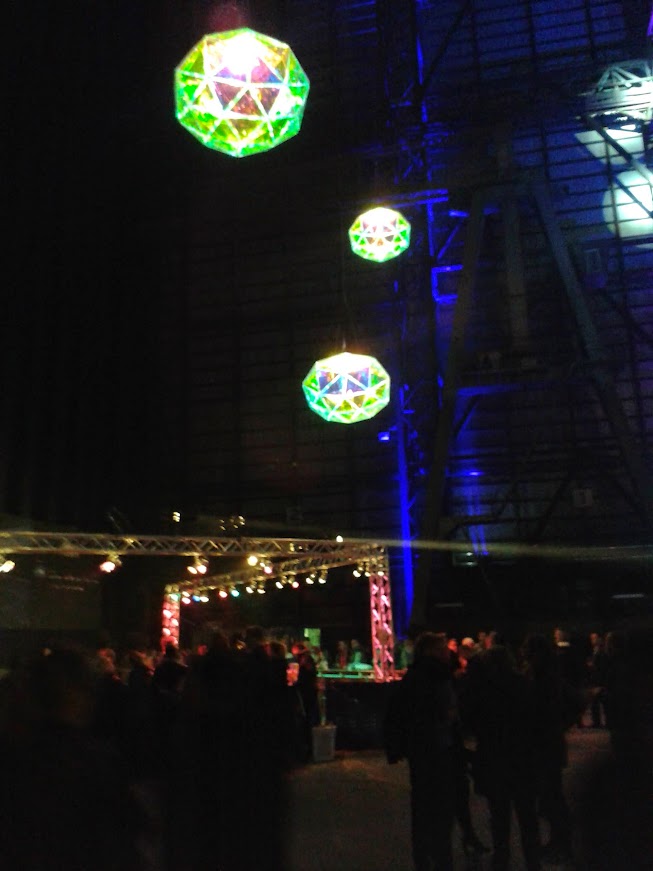 Found our seats whilst DJ Henrik Milling blasted out Eurovision hits to get us all warmed up and ready to party.  And then we were 'briefed' by Jacob Riising (my favourite Danish tv presenter), about 15 minutes before we went live to millions of viewers around the world. 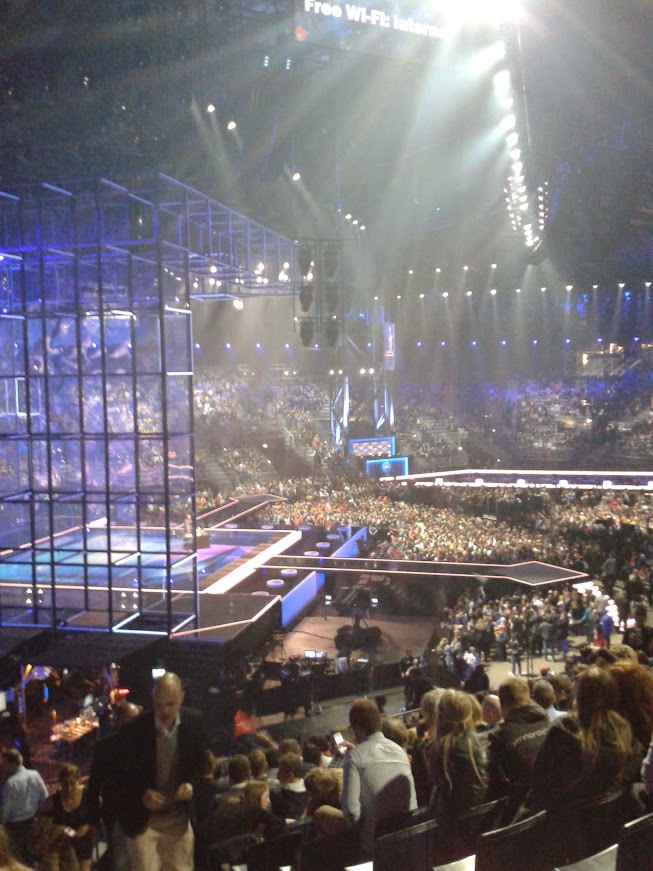 I have to say that - when it was showtime and the Eurovision intro anthem was played - I got goosebumps!  And then we were off - with a bang!  And partied, partied, partied for the next couple of hours... 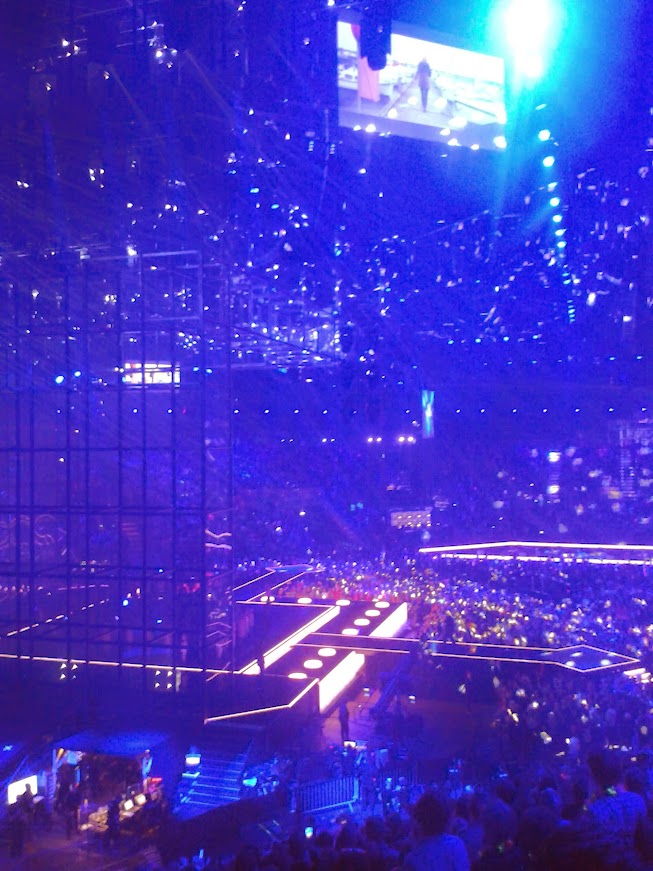 View of the 'open' green room which is in the middle of the hall. 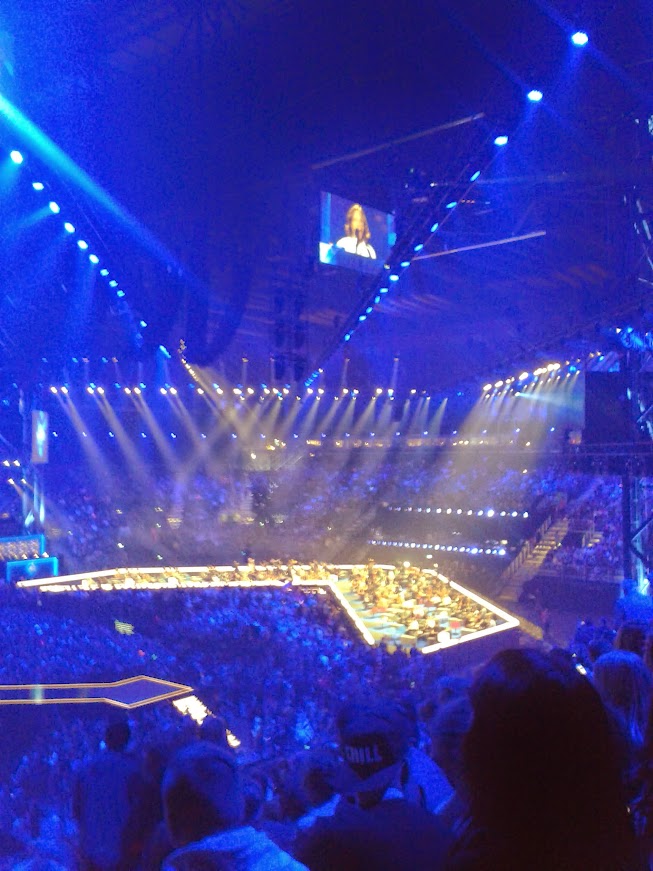 A fabulous night was had by all.  Even if we didn't agree with the songs that were chosen to go through to Saturday's final! ;)

So who do you think will win?  I think Austria, Sweden and Armenia will be fighting it out for the top 3.  Or perhaps Denmark?

Will you be watching?  Come and #JoinUs!

Here's what's on the menu at Casa Copenhagen this week! Red lentil coconut dal (pictured above)...so easy and good! My recipe is hereHomemade lasagne with a spinach salad (we use a variation of this recipe https://www.dk-kogebogen.dk/opskrifter/850/lasagne), using fresh lasagne sheets
Usually I prepare two at the same time and freeze one lasagne for later use luxury Danish biksemad which is basically a hash: diced potato and onion fried up with leftover meat (usually beef or pork), topped with a fried egg and served with pickled beetroot and ketchup or brown sauce. In my luxury version, I use extra vegetables (usually carrot and leek) plus a jar of duck ("rillettes de canard") Egg fried rice with leftover ham (from the "Glazed honey mustard ham" we had recently) and veggies from the fridge that need to be used up (red pepper/spinach) Danish meatloaf which is called Forloren Hare, served with baby potatoes, creamy sauce and veggies. My recipe is here on the blo…