on March 13, 2012
DD9 won an XXXXL-size ladies belt at a bazaar and, as it was far too big for any of us to use, I put it into the box for the charity shop.  "Stop!" shouted DD9.  Who loved the (admittedly) pretty turquoise colour and the snazzy diamanté clasp.  "Let's make it into a dog collar for Doggy!"  So that's what we did.  Nothing ventured, nothing gained!

First we cut the belt to "Doggy" collar size, using a pair of very sharp scissors.  We rounded off the end to make it look like the original. 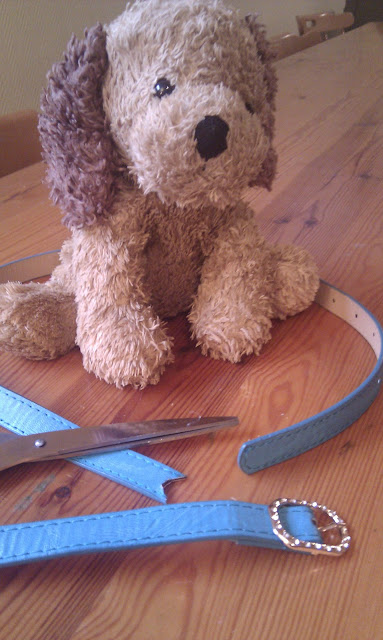 Then we punched a few holes. 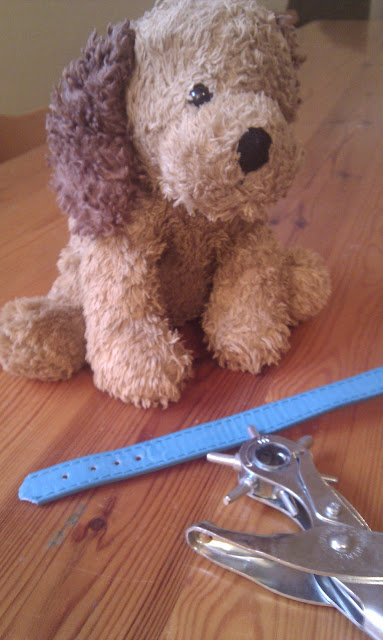 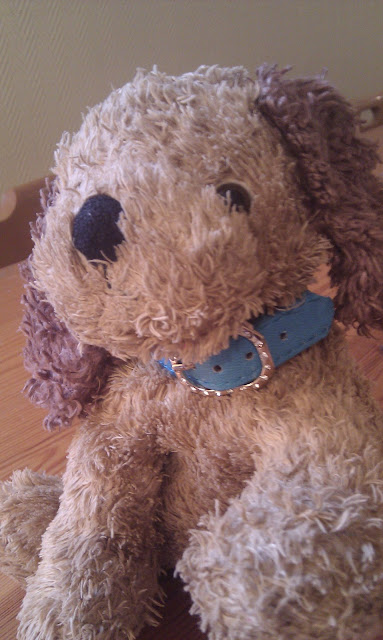 Then I had an 'aha' moment.  I have a rather large collection of belts, some of which I never use because they're just too long (but not long enough to go round twice).  Maybe I can simply cut them to fit?  Or go the whole hog and turn them into one of this season's trendy leather wristbands?  And if it all goes terribly wrong, Doggy will be getting another new collar...

Have a terrific Tuesday! :)