on November 10, 2011
[also posted over at the Danish Ministry of Foreign Affairs www.blogs.denmark.dk]
Here's a strange Danish delicacy.  Do you know what it is? 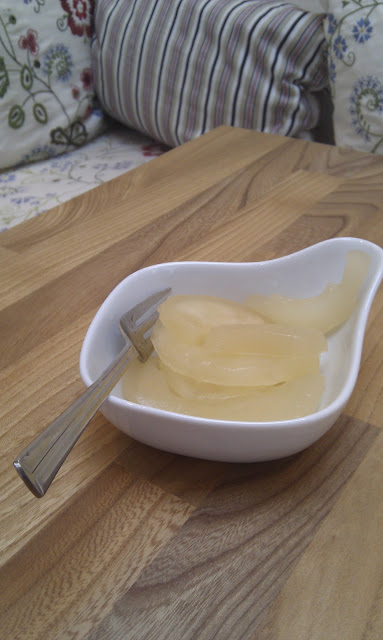 They're called asier and you'll often see them served in Denmark alongside hot roasts like flæskesteg (pork), frikadeller (Danish meatballs) or cold roastbeef.   I was a bit wary of them at first (they look so anaemic) but now I love them!   If you close your eyes, they taste like soft, slightly rubbery beetroot. (That's supposed to a compliment.)   I've never seen them anywhere outside of Denmark. And when visiting family ask me what they are I say they're pickled white cucumber.   But is there a better word for them?   Most dictionaries suggest 'pickled gherkin'.   According to botanists they're a member of the pumpkin family. 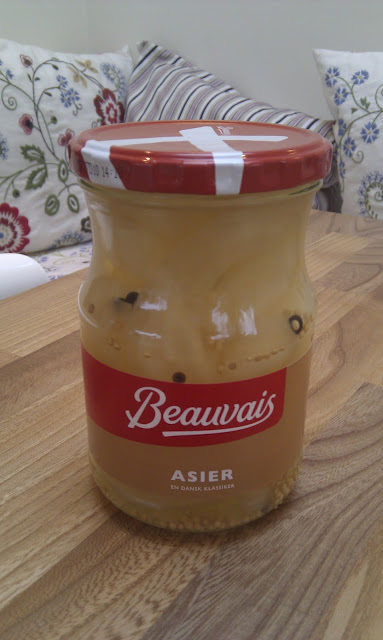 .
Well, whatever you want to call them, if you chop them up really small, they look very similar to those cubes of pears you get in tins of fruit salad. And that's exactly what the kids in my husband's family did to an unsuspecting uncle at a family party...   He got more than he bargained for when he tucked in to his dessert! ;)
Have a wonderful Wednesday! :)
asier Danish pickles Denmark denmark.dk