on March 01, 2011
On Saturday nights (and sometimes during the week), after dinner is eaten and the kitchen is cleaned up, we have a quick family game. Quick. Like 15 minutes. Not two solid hours. Much as I love Cleudo and Monopoly, I feel tired just thinking about having to set up the board, fight over who's going to be Colonel Mustard or the Reverend Green (though, I, of course, have to be Miss Scarlett), account for all the murder weapons, separate the Chance and Community Chest cards, stop DD8 from playing with the houses and hotels and distribute 2 x £500, 4 x £100, 1 x £50, etc, etc, etc, to each player... [note to self: suggest credit card or netbanking version of Monopoly]

So here are the games that we enjoy. That are fast to set up - and put away! That we keep coming back to week after week. Which I suppose makes them classics?

* RUMMIKUB - based on numbers and the card game 'gin rummy'. No summer holiday is complete without this game! In fact, it's one of the first things to be packed in our suitcase. DH and I have been playing it for years, long before we had kids. (The kids started joining in when they were around five or six years old.) 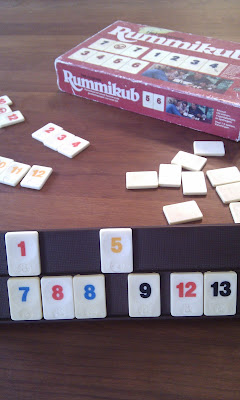 * UNO - also based on numbers. I didn't actually know this game when I arrived in Copenhagen 13 years ago. It's a very popular card game and all Danish nurseries and schools have it on their toy shelves. DD8 loves it and often manages to beat the rest of the family. Hmm, maybe that's why she loves it? Though she has been known to load the cards in her favour (taking all the 'picture' cards), so I refuse to play if she's dealt the cards before I sit down at the table... ;D 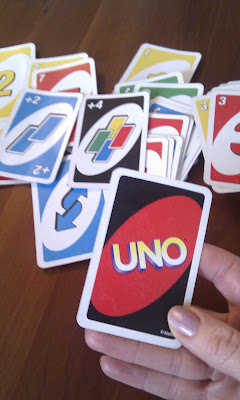 * PICTUREKA - a recent purchase for us. A large board game (you need a large coffee table for this one) which means it also carries a fairly hefty price tag.. My Scottish niece told me about it, they've been playing it over at DD8's After School Club and it's won several 'game of the year' awards. So it comes highly recommended... It's a game of observation which means that kids have just as much chance of winning as adults. At first glance it looked complicated but the rules are really very simple and you'll be playing within minutes. We bought it a couple of weeks ago and the whole family are enjoying it so far. You can easily play a complete round in under 20 minutes. And if you have younger kids, you can make up your own rules - there are lots of different ways you can play it. (That is, if you can actually drag them away from poring over the nine cards filled higgeldy piggeldy with silly drawings!) 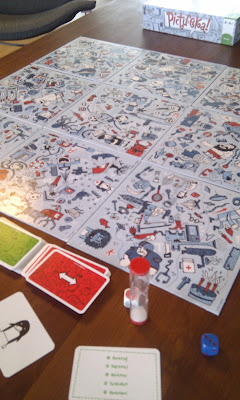 So why not set your Flylady timer for 15 minutes and enjoy a short burst of family fun?