on December 06, 2010
This coming week we're either out early or back late from various Christmas events and parties (hooray!), so there'll be lots of easy-to-prepare-and-quick-to-wolf-down food at Casa Copenhagen:

* Tortilla Triangles with fresh veggie sticks on the side. Rice pudding for dessert (made the easy peasy way in my ricecooker, recipe and step-by-step pictures here), topped the Danish way with a knob of butter, cinnamon and sugar :)

* Pasta med kødsovs/spaghetti bolognese/pasta with meat sauce - whatever you wish to call it. The pasta is wholemeal, the meat is beef and the sauce is from a jar. Dolmio. Basta!

* a stick-to-your-ribs-Beef Stew, made in my crockpot, with fluffy dumplings (for little old moi, rest of family isn't bothered) and boiled tatties

* Danish biksemad which has starred many a time here on the menuplan... Cubed, fried ham, onions and potatoes, topped with a fried egg and cubed beetroot. And don't be stingy with the ketchup! ;D

Now that's done, I can continue my bath. [Cue gratuitous shot of my swanky new bath for my blog pal, Sassy Jen :D Why, yes, that is a built-in 'towel rail' on the front of the bath. Matches the sink, which you might have seen in my earlier post Don't quote me on that!] 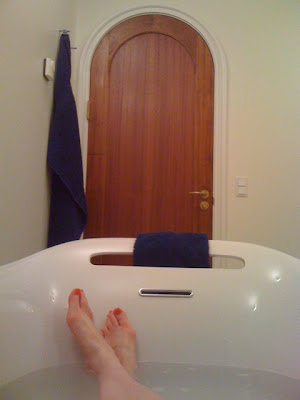 I don't have pretty feet and, to be frank, I don't really care. But they're getting the full treatment tonight because the poor things were out running in the snow again this morning... 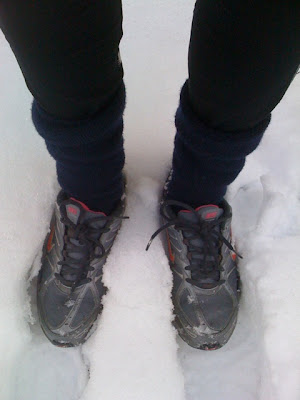 Must get back to my bubbles...have a marvelous Monday! :)
menu planning