on December 08, 2010
If you read my post about our Family Advent Calendar, then you'll know that tonight we've been out at a family Christmas Bingo event at DS10's After School Club. I was quite cocky about my skills and decided to buy ten whole bingo cards. Not that we played all of them all of the time...far too stressful for that! Even if I'm basically fluent in Danish, when the adrenalin mounts, I still mix up the numbers 50 and 70. And 40 and 80... 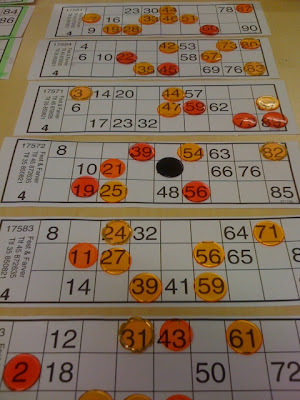 The numbers came out thick and fast. Out of the bingo bag. Or at random, according to the staff's shoe size, weight in kilos (hmm, wishful thinking?) or how many press ups they could do in thirty seconds! There were prizes for a line. Two lines. A full bingo card. A prize for those sitting to the right of the winner. Or the left. Or both! (One of those prizes turned out to be a box of Kellog's Frosties...) And sometimes there was a little chocolate or biscuit for everyone sitting at the winner's table :)

DD8 liked the idea of bingo but got more and more disappointed as the evening went on. What? We had bought all these bingo cards and still hadn't won a single thing?! Yes, my dear. One of life's lessons. Gambling is sheer luck... 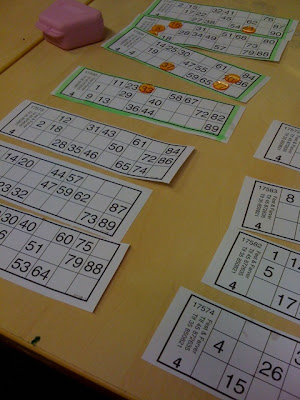 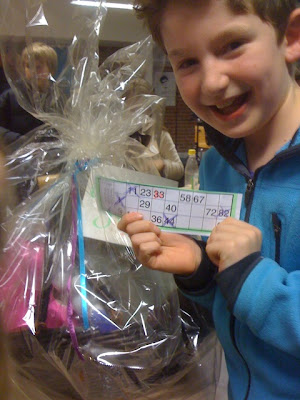 He was so excited to get the huge basket home and unwrapped.... 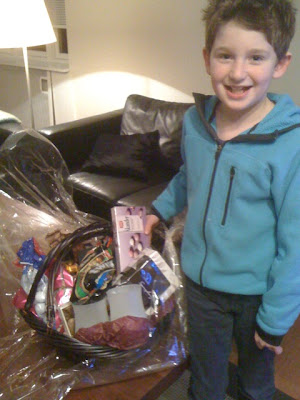 A fantastic array of goodies for the whole family :) 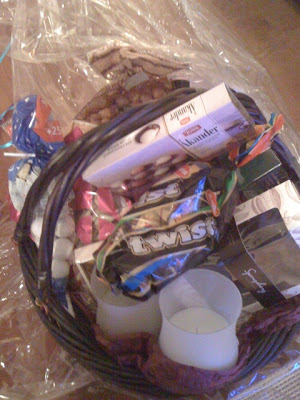 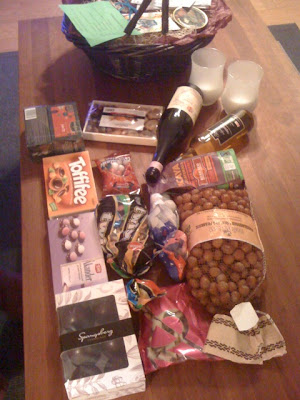 DS10 declared it one of the best days of his life. Ever. I've just tucked him in to bed but he's obviously still in shock from the win. Instead of his Donald Duck comic, he wanted to read his (Danish) school text book! :P 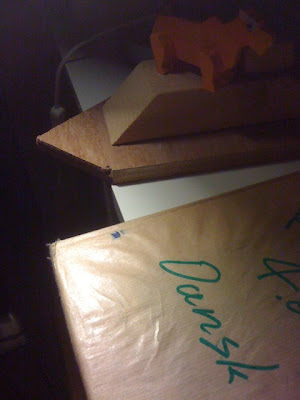 Anyway, it's now way past ten. So it's Goodnight from me. And godnat and drøm sødt from him! :)
bingo Christmas school