on November 26, 2010
Once upon a time there was a dog called Doggy. He was the most precious thing in the whole wide world. At least to a little Scottish/Danish girl, who - for our tale - we'll call 'E'. 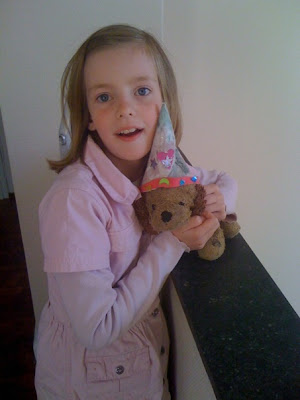 Doggy and E went everywhere together. School, shopping trips, museum visits, summer holidays and - every evening - the Land of Nod. 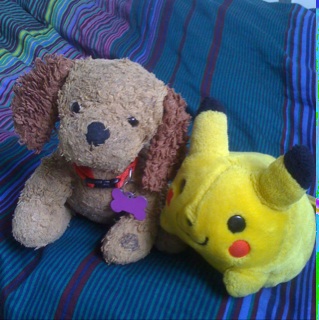 Doggy with his friend Pikachu
E was sad. Her friends were sad. Her family was sad. Her Mum offered a reward for Doggy's safe return on the school intra. Still nothing.
And then - three days later - a miracle happened. Doggy was found safe and well in the school library! Well, like the rest of the family, he does love a good book... 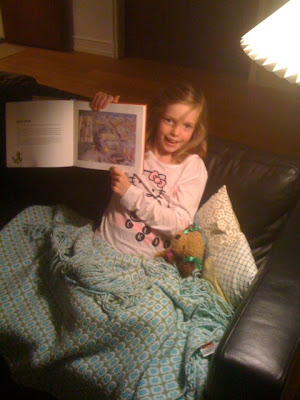 E was delighted and vowed not to take him to school. Ever again. Just to be on the safe side, you know. A few days later another miracle happened. Another dog turned up - this time by post! A little cutie by the name of Dogga. Who looks exceedingly like Doggy. In fact, she's a carbon copy of Doggy - or, at least, a carbon copy of the time when he was brand new. Yet uncuddled. And before he discovered the fun of flying around inside a washing machine. 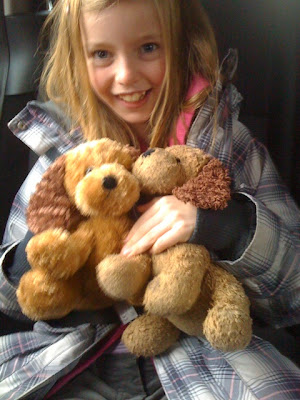 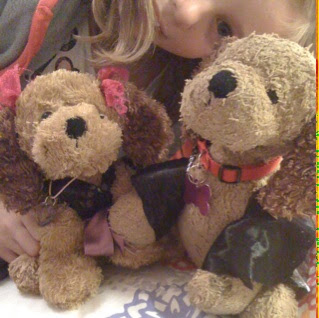 And the moral? Well, there is actually no moral to this tale. Maybe that two tails are better than one?

Sleep tight, hug those closest to you and have a great weekend! :)
dogga doggy