on December 11, 2015
Welcome, once again, to my Danish Christmas Advent Calendar! Every day I’ll be giving you a little peak into how our family celebrates Christmas here in Copenhagen. Do the Danes love Christmas? Um, yes – they even use the word Christmas as a verb… Vi juler! (We are ‘christmasing’!)

So get comfy, put your feet up, grab a cup of something warm, and prepare for an avalanche of hygge!

"If you go down to the woods today, you're sure of a big surprise!" So goes the old nursery song. But if you down to the centre of Copenhagen - more specifically to see the windows of Illum department store - then you're sure of a big disappointment. You can usually count on them to provide you with a few minutes of "oooh" and "aaah" when looking at their Christmas window displays. Though last year their windows were - how can I say it - um, just weird. Like the window dresser had been watching too many episodes of Broen and had gone overboard on huge, creepy animal masks! ;-) 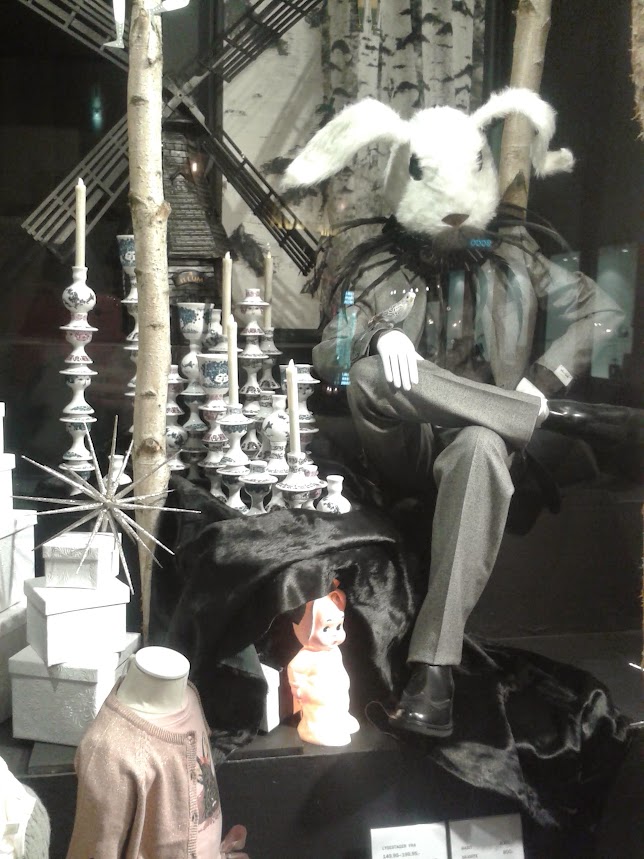 But, as usual, I digress! So what does Illum have in store (in store? boom, boom!) for us this year?

Here is one of the Christmas windows. Let's call it Exhibit a). Several empty windows, with white pieces of plastic stuck on the backdrop. 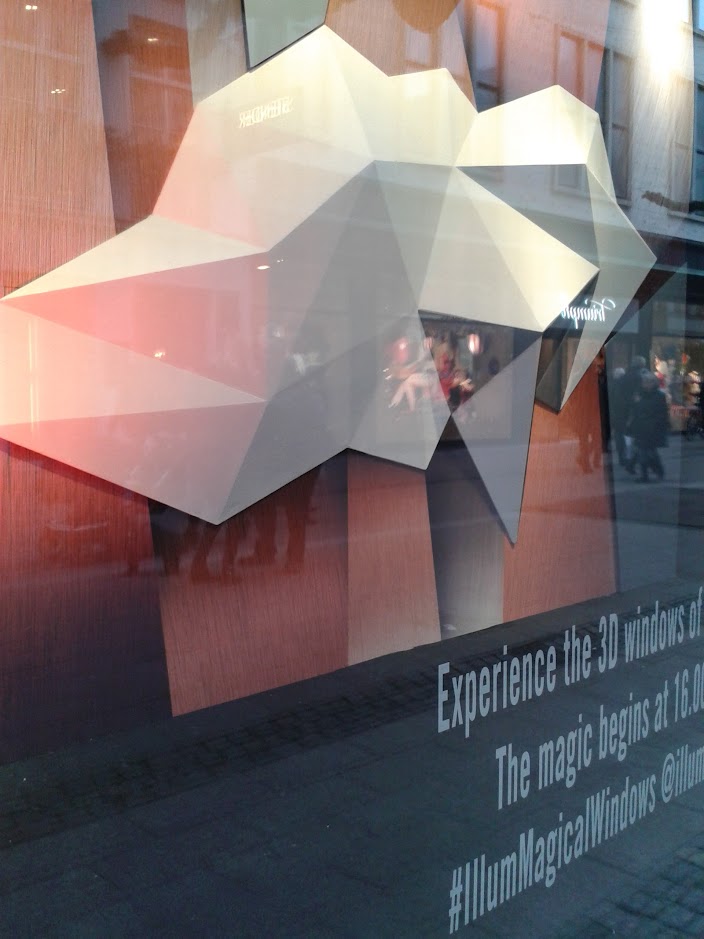 According to the sign on the window, the "magic" begins at 4pm when it's dark outside. So I went to look when it got dark. Exhibit b). The difference? A film/light show that I didn't understand or didn't 'get'. Was it a package opening? Don't know, don't care! Where are the baubles, trees? 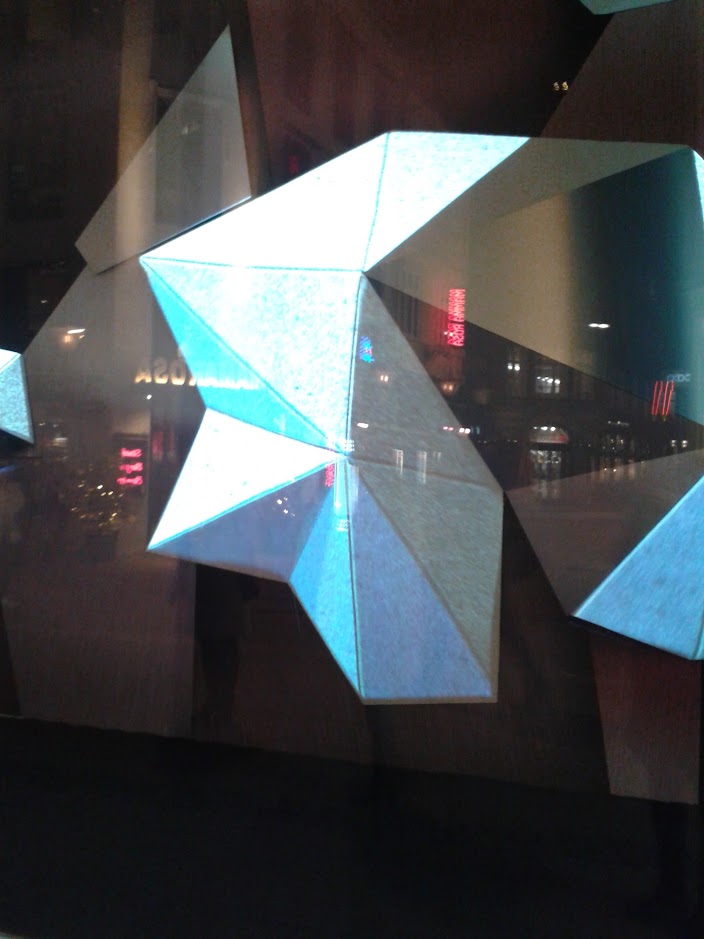 A few steps further along Strøget, at Illums Bolighus (their sister store, with emphasis on home design) and - hooray - finally some baubles. And this year they have thrown caution to the wind and were a traditional red colour. Not turquoise. Not purple. Not brown. Woo hoo!

Even though some of their trees were looking decidedly...twiggy. 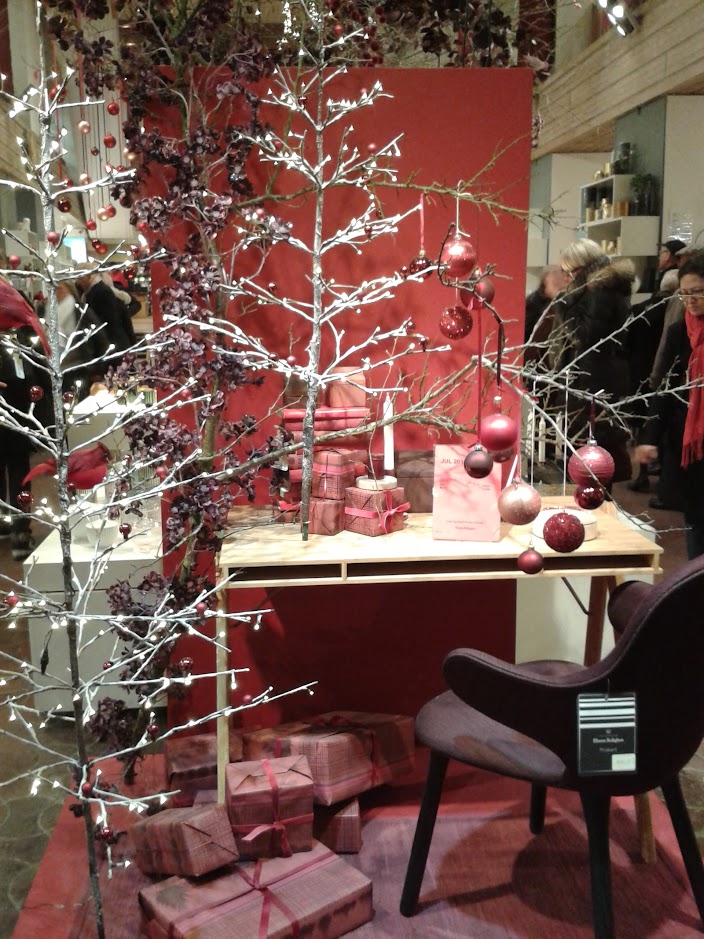 The other lights that people head to see are those at Hotel d'Angleterre. 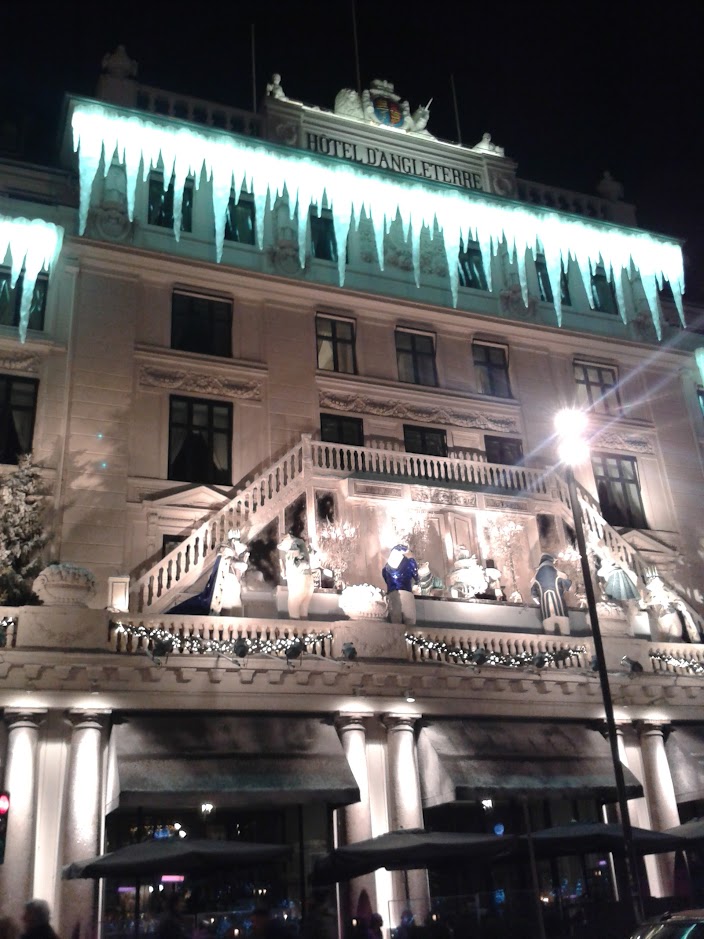 This year I also walked past the ferriswheel at Nytorv. The Danes have a wonderful word which I have heard but never actually used myself. When I saw this ferriswheel, I said it out loud for the first time. Øjebæ! 'Eye poop'! ;-) The garish coloured lights looked awful during the day, I can only imagine how horrible it looks in the dark. Flashing, coloured lights are just so 'un-Danish'... 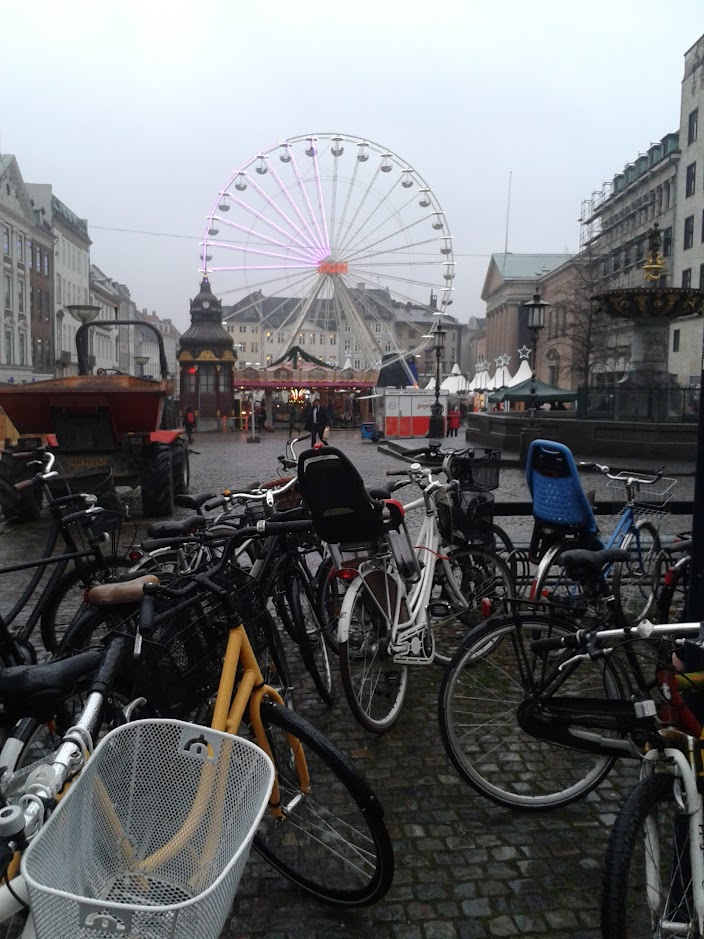 Ha! Seems I've been living in Denmark so long that I thrive on the pure, white lights... Give me the simple but beautiful lighting on Kronprinsessegade any day! 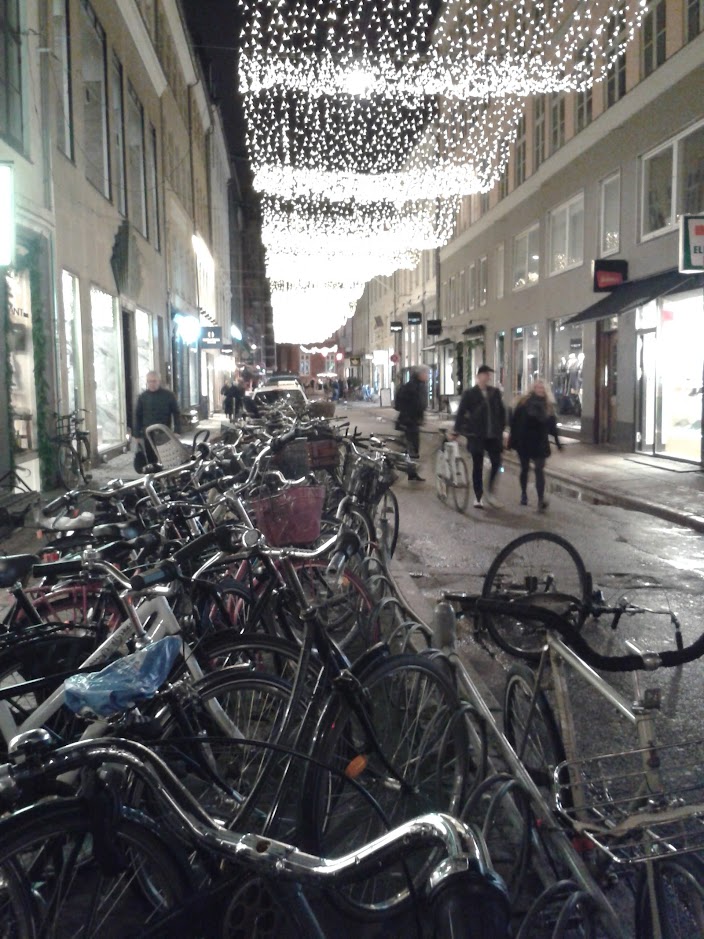