To be, or not to be (confirmed). That is the question! (Part Three)

Well, he's been attending the confirmation prep classes (which, you will remember, are scheduled into the Danish school timetable) and has also been at church on Sundays. Now, to be honest, it's not because he has a burning desire to get out of bed early on Sunday mornings. I men, let's face it, teenagers have no burning desire to get out of bed at all on Sundays! :-P  No, he's been going to church with his cronies because, in order to be confirmed, you also have to attend a church service at least 10 times during the prep classes.  No cheating!  "So how do you prove that?", says I.  "Well, Mum, I make sure to shake the minister's hand at the end of the service."  "Ah," says I, "but the kids could also just say that they've attended a service at another church in the area, and no-one would ever know?"  "Hmm," says DS14, "then you'd need some proof - like a photo of you inside the church or a copy of the Order of Service!"  Ha, serious stuff! :P 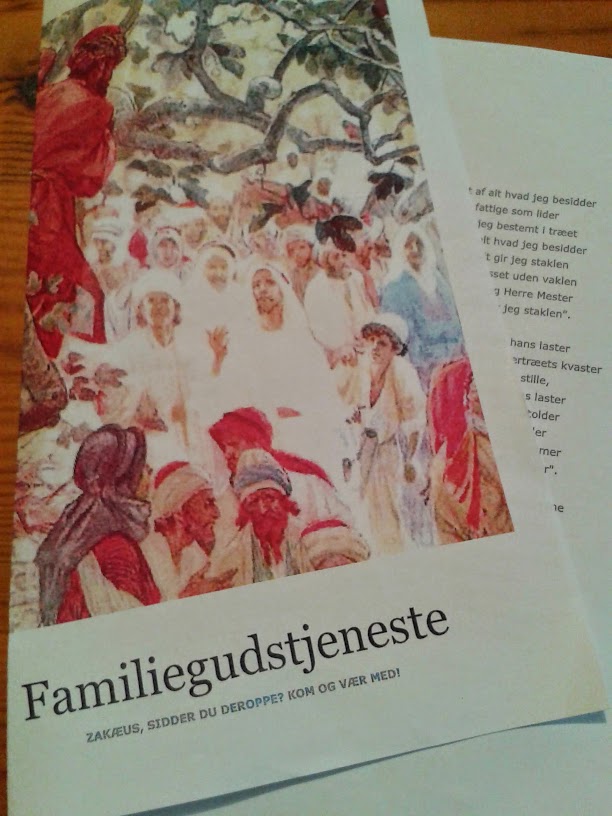 As I sent him off on his bike on Sunday morning, I handed him DKR 20 (about USD 3.30, UK£2.10) for the collection plate.  And then I had a thought...what does the collection go to?  They can't be raising money for a new roof or radiators for the church (as sometimes is the case in Scotland) - because here in Denmark the church is funded by the state. DS14 told me that all monies collected must go to charity, the church isn't allowed to 'make money'.  Good show! 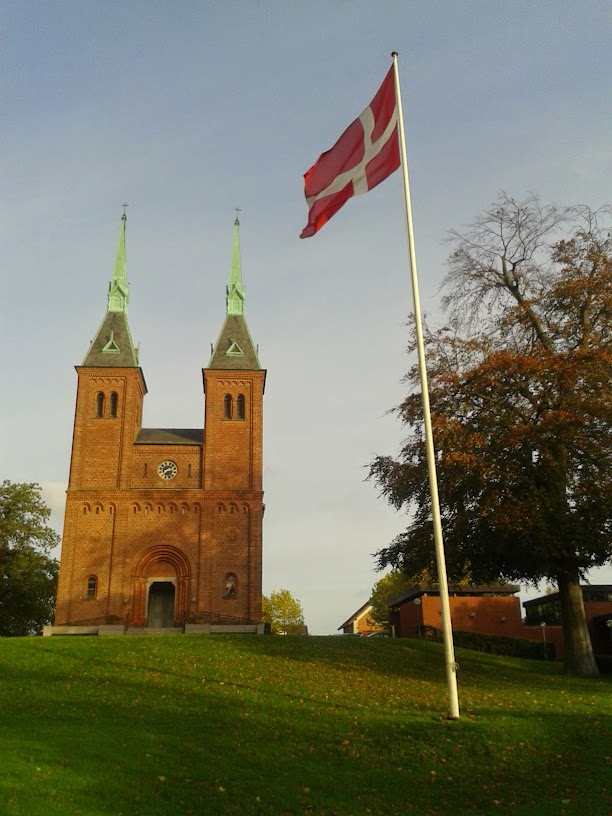 But back to the quandary.  To be, or not to be (confirmed).  Well, DS14 wants to go ahead.  Which means that we can also go ahead and tell family/close friends to keep the date free and book their ferries and flights.  And start thinking about a venue, outfits, gifts, speeches and songs...phew, or should that be pew?!

Have a wonderful Wednesday!

Debi Orr said…
I 've been enjoying your posts as a Scot in Denmark. We are heading to Copenhagen tonight for a week away from US-east coast work. Suggestions for a November week in Zealand?
Wednesday, 12 November, 2014

Diane said…
Hi Debi! If you're in Copenhagen then a Canal Boat Trip is a must. Make sure to get out early in the day for sightseeing, as it's dark here by 4pm. But, on the bright side, it's always very cosy in the autumn evenings! Enjoy your trip! :)
Friday, 14 November, 2014