on November 07, 2014
Let it snow, let it snow, let it snow?  It may only be the start of November but today - Friday 7 November -  is the official start of Christmas in Denmark.  Tonight at 8.59pm precisely the first 'snow' will fall: the snow in question being wet but not exactly white, more of a pale brown...  It's the launch of Tuborg's Christmas beer - called julebryg ('yule brew') or jule øl ('yule beer').  And the day is therefore nicknamed J-Dag ('J-Day')  It all started back in 1990, when the Christmas brew was traditionally launched on the second Wednesday of November.  But, because so many students were hung over on the Thursday (hic!), Tuborg were forced in 1999 to move the launch to the first Friday of November... ;-) 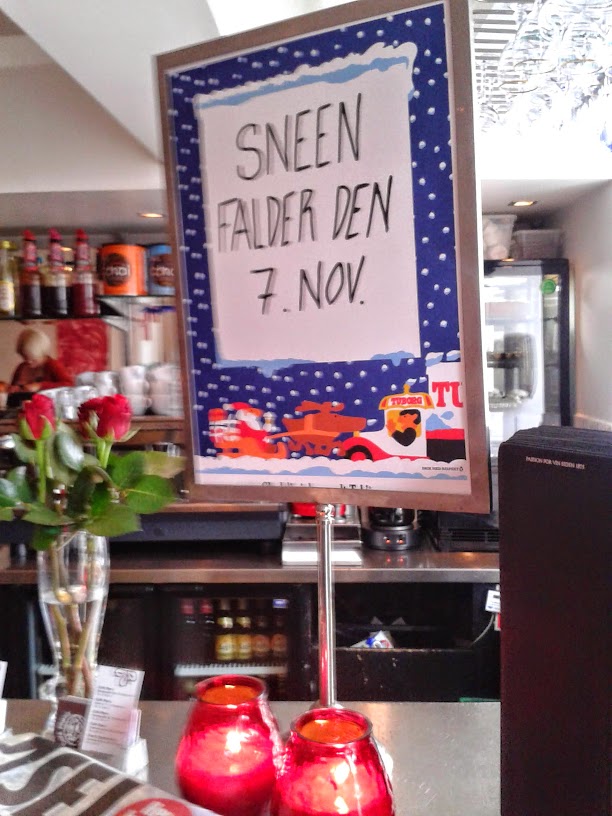 Have a fabulous Friday and a wonderful weekend!

My Danish Christmas Advent Calendar – 12 December (Handball and Winterbathing) – Diane's Daily Denmark said…
[…] are in the middle of stuffing themselves with æbleskiver and quaffing great quanties of snaps, julebryg and gløgg, they seem to stop for a moment mid-December and forget about Christmas for a few days […]
Friday, 12 December, 2014

My Danish Christmas Advent Calendar – 17 December (Konfekt – homemade sweets) – Diane's Daily Denmark said…
[…] I was at the supermarket.  Not only is our house bursting with enough nibbles, sild (herring) and julebryg to sink a small Armada, behold this little […]
Wednesday, 17 December, 2014

My Danish Christmas Advent Calendar – 20 December 2014 (Christmas spirit) – Diane's Daily Denmark said…
[…] indeed even more dire than we could have hoped – we certainly needed the force (together with julebryg and popcorn) with us in order to get through those 90 toe-curling minutes! […]
Saturday, 20 December, 2014