on October 22, 2014
We're just back from efterårsferie - a.k.a. week 42 - a.k.a. the Danish schools' half-term autumn week and we're gearing up for Halloween.  Pumpkins galore at the greengrocers and - see - there was even a nice witch down at our local library!  Gys eller guf?  (Trick or treat?) 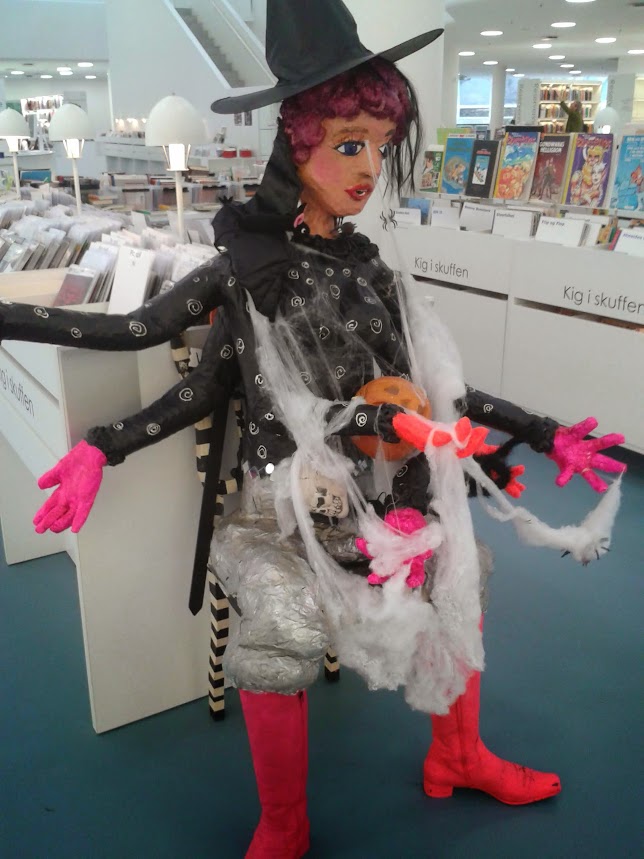 But - ho, ho, ho? - its also beginning to look a lot like Christmas here in Denmark.  Now, to be honest, the Danes aren't too bemused by the idea of Christmas in October.  So the shops are  v-e-r-y  s-l-o-w-l-y  adding sparkly items to their displays and waiting for Halloween to be over so that they can finally go full throttle.  Though I was at IKEA this morning and there the aisles were heavily decked with boughs of plastic fir. 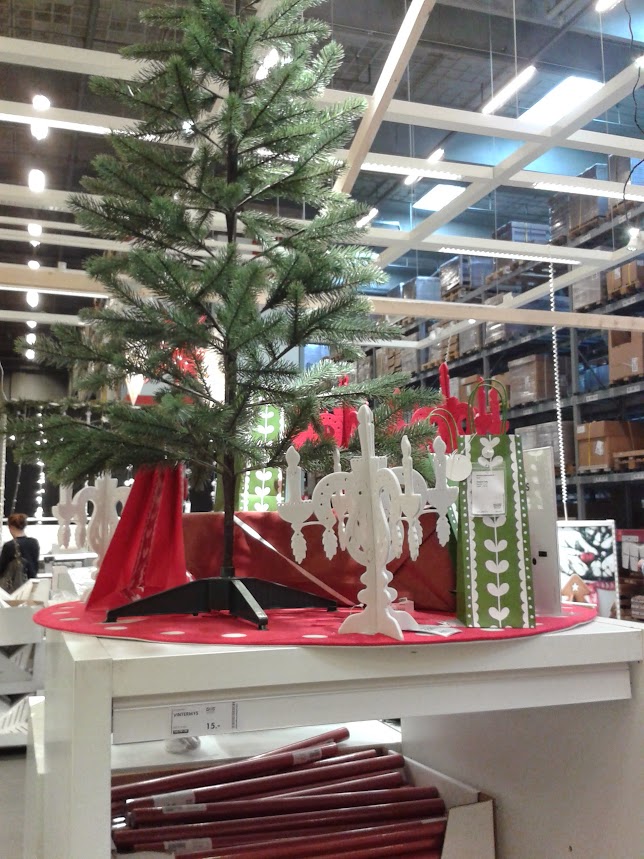 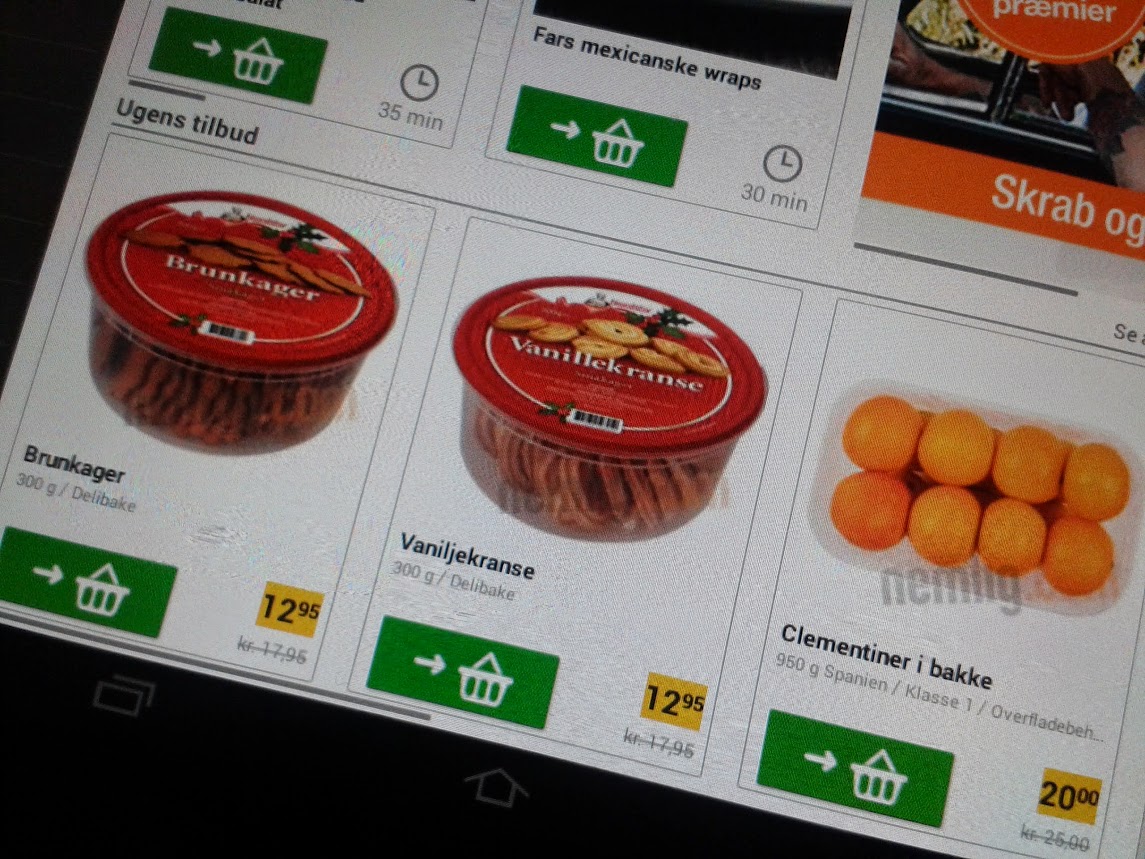 But, like it or not, there's no turning back 'cos these babies are now on sale - lying in wait in the freezer section of your supermarket, ready to make an appearance at nursery, school or your coffee table.  Æbleskiver!  Has it really been a year?! 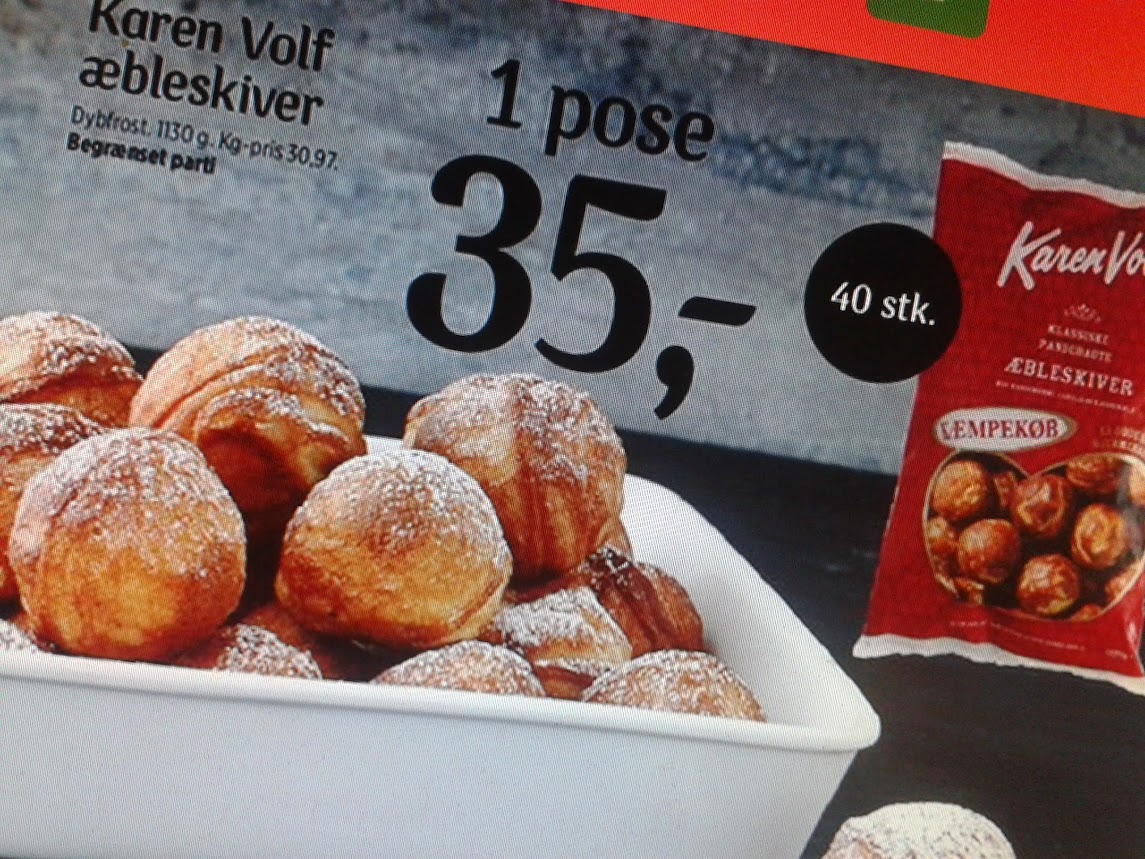 Have a wonderful Wednesday!

Gloria sharkey said…
Diane,
It is my quest to find a relative in Denmark. she may be deceased. Birgit Als Hansen. At one time she worked at the museum and was an expert on archaeological digs with her partner, Morton Sorenson.
How does one go about looking up a death in Denmark? If she died it would have been about 5-8 years ago.
Thanks for your help.
Gloria
San Diego, CA USA
Friday, 24 October, 2014

Diane said…
Hi Gloria! She died in December 2010, aged 73 and hailed from Hvidovre. Was a renowned church archeologist at the National Museum of Denmark for 40 years... http://www.kristeligt-dagblad.dk/mennesker/mindeord-707 Your best bet is either the National Museum direktoeren@natmus.dk or the Hvidovre church parish office kirkekontor@hvidovrekirke.dk Goodluck! :)
Friday, 24 October, 2014