We're off to bed, kids! Right here on your tv!

on September 03, 2014
Can't find anything decent to watch at 8pm?  Then you might want to tune in to one of the more bizarre sights on Danish children's tv.  People in bed.  Sleeping. ;) 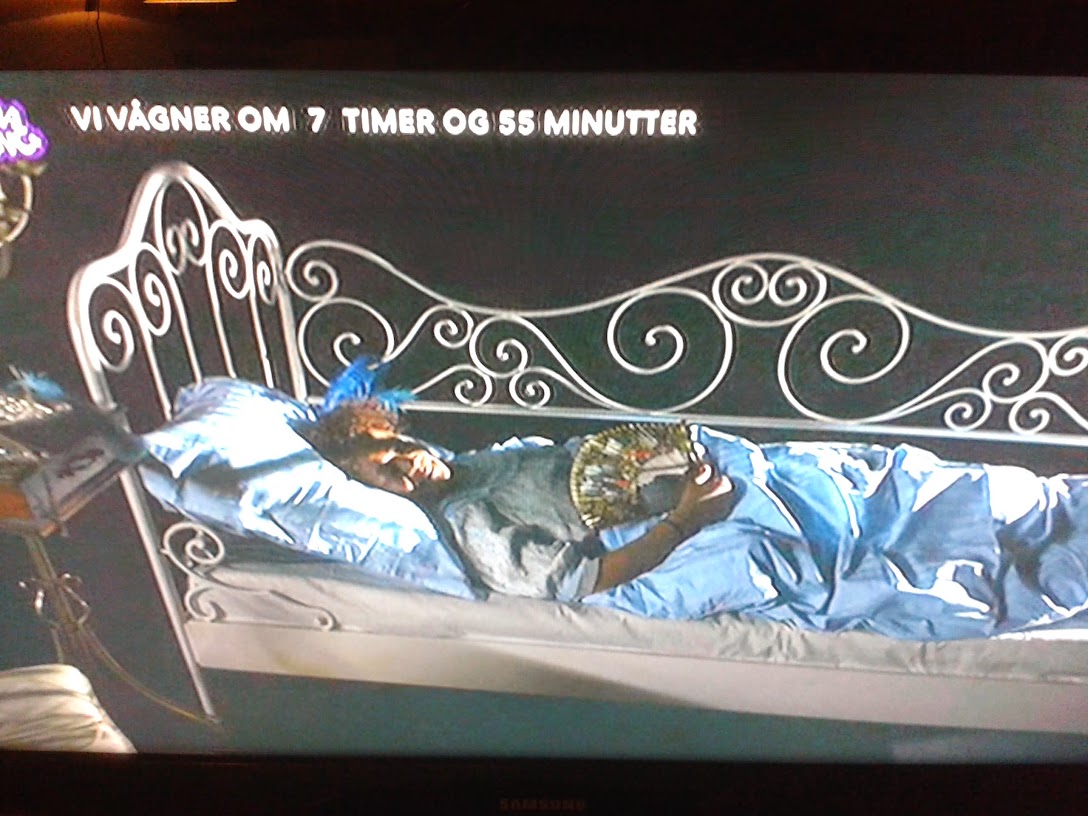 At the top of the screen there's a live ticker, telling you how many hours it'll be before they wake up again.  "Vi vågner om 7 timer og 53 minutter". We'll be awake in 7 hours and 53 minutes.  Highly addictive stuff! 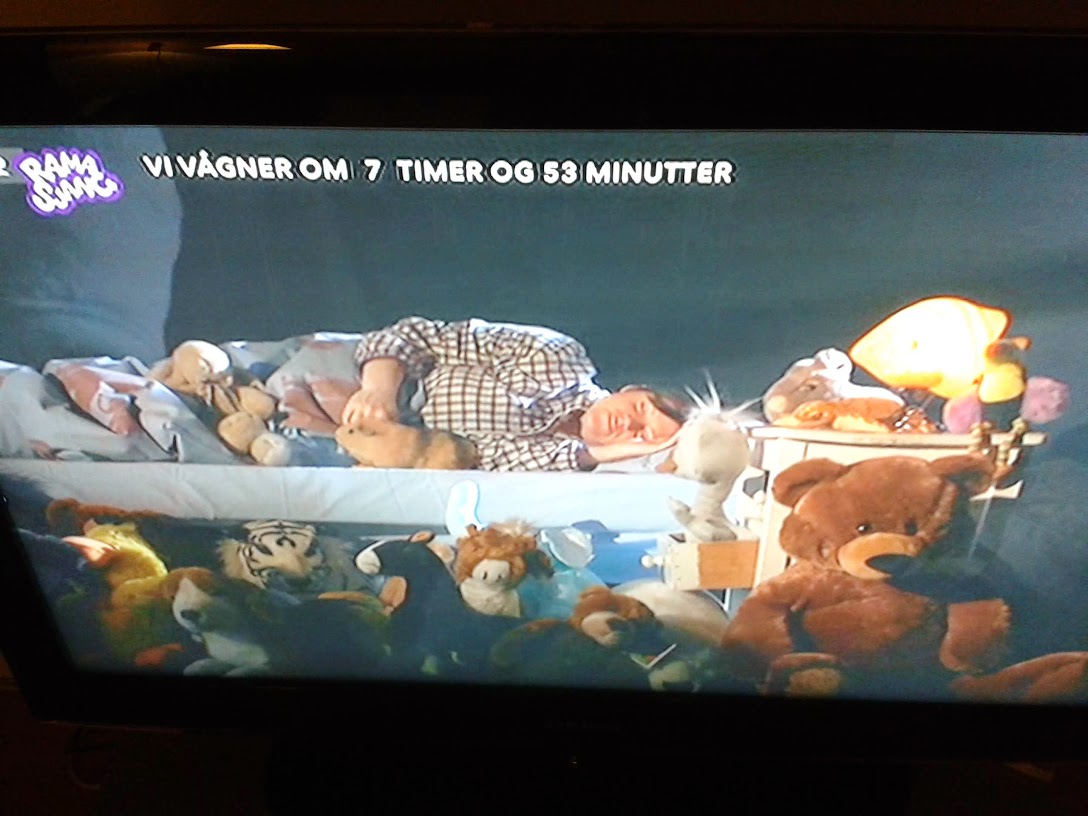 The point of the programme?  Well, it's not actually a programme as such.  At 8pm, the Ramasjang channel stops normal emissions and starts broadcasting footage of the kids' tv presenters and characters sleeping because, well, you know, it's that time of day when all tiny Danes really should be safely tucked up in bed.  So when little Frederik or Amalie start to protest, you can say, "Hey, get a move on!  Sigurd has his pjs on and is already fast asleep!" ;) 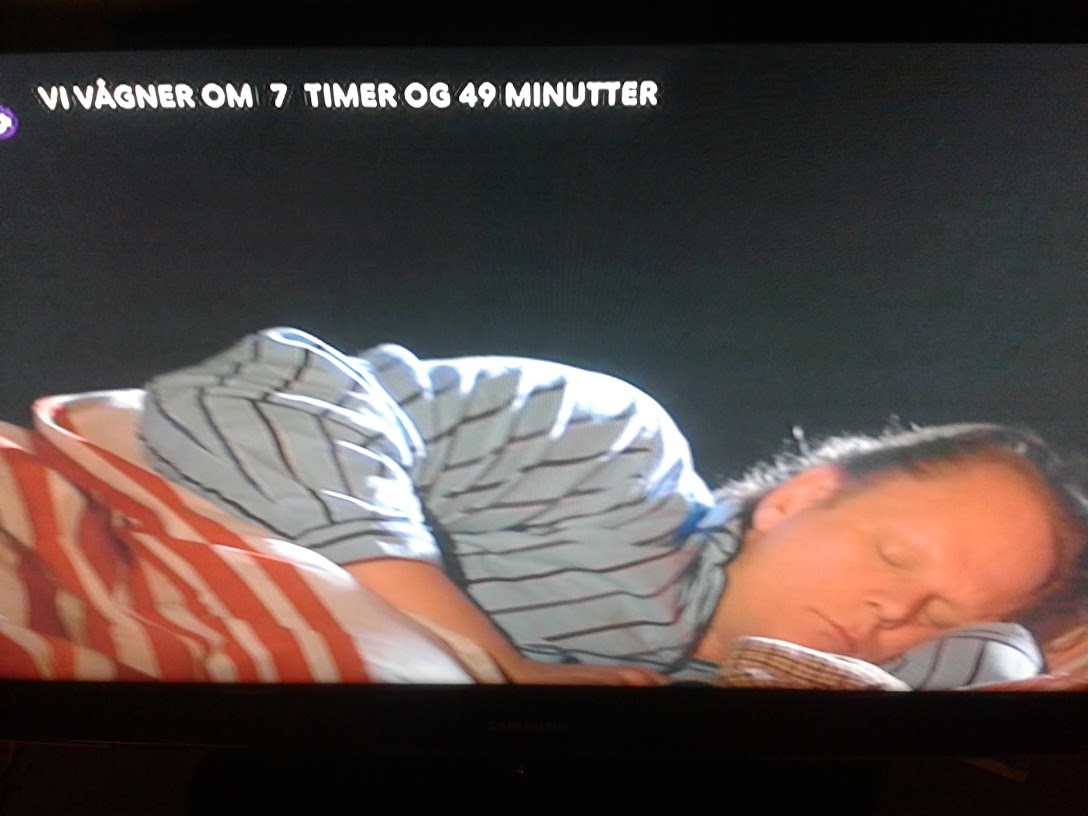 It's a very soothing sight.  A clock ticks in the background.  Snores and contented sighs can be heard.  A guinea pig squeaks softly.  But, as you would expect from those crazy Danes, there's also a bit of warped humour.  Um, what's that strange noise?  Someone with a bad case of wind?! But then the camera zooms in and you can see that - selvfølgelig - it's only someone playing an instrument in their sleep. 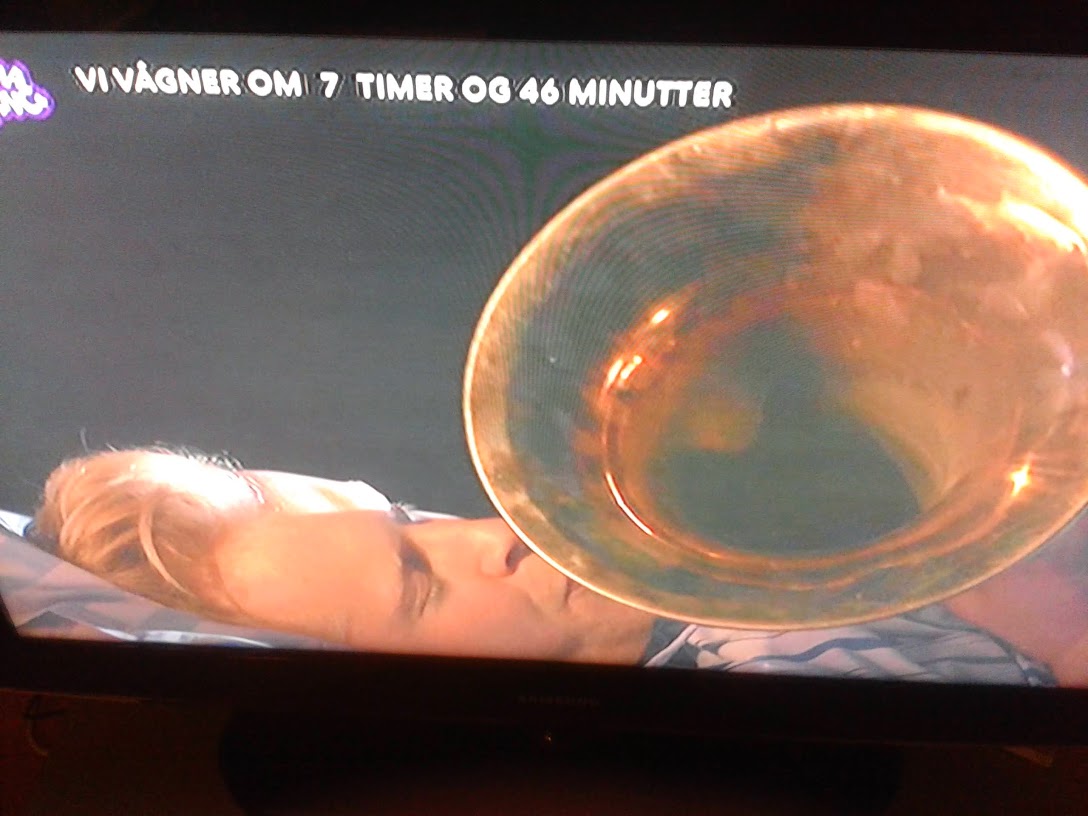 My personal favourite is Herr Skæg ("Mr Beard/Fun").  In addition to his very, very, very long beard that goes down to his knees (yep, it's real, I've seen him around town), he also has long legs that... 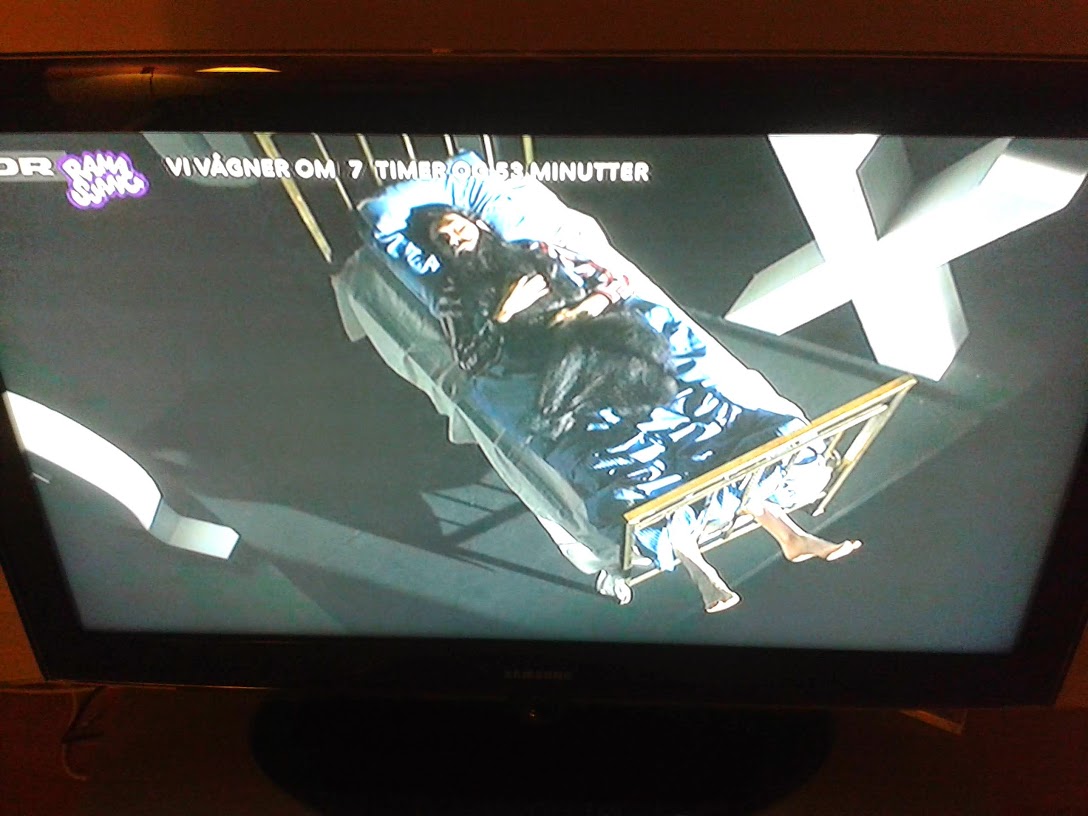 ...stick right out the end of the bed. 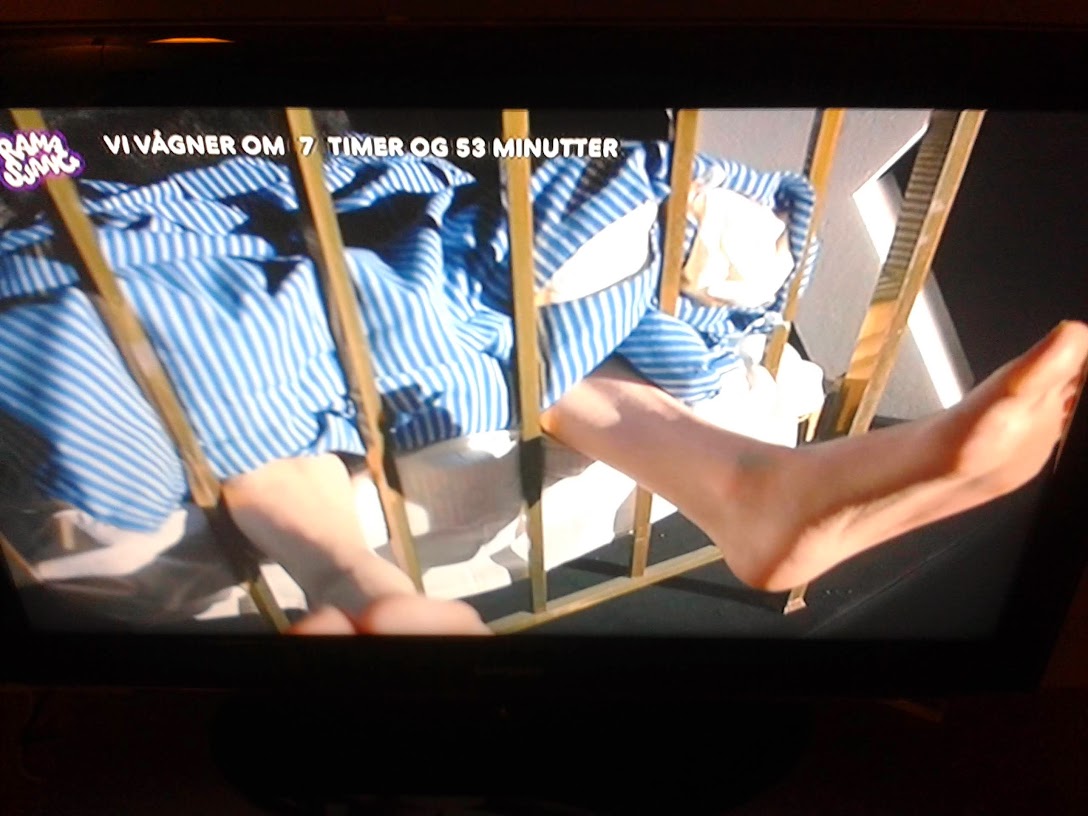 As Mrs Meers from Thoroughly Modern Millie would say, "Everybody should be in bed by now!"  Goodnight!  And sov godt!

Angel Jem said…
And to think, on CBBC you get a really boring sign reading "This channel is now closed and will reopen at 7am"
This is much more fun! Do you think if you watch until about 3am they get up and have a middle of the night feast?
Wednesday, 03 September, 2014

Danes and Ultra Toilet Humour – Everything Dan-ish in Denmark said…
[...] recently wrote a post a regarding “Udsendelsesophør” on the DR channel Ramasjang – http://blogs.denmark.dk/diane/2014/09/03/ramasjang/ . Udsendelsesophør translates to broadcast termination and is shown when there are no more [...]
Tuesday, 23 September, 2014

Dan Woolley said…
I used this post as an intro to one of my recent posts :)