To be, or not to be (confirmed). That is the question! (Part One)

on August 13, 2014
As you saw in my Monday post - Back to (the new) school (reform)! - my two little darlings are back at school and life has returned to normal.  Or is this just the calm before the proverbial storm?  We may be coming up for a turbulent six months.  Should we be ringing round relatives?  Looking at venues?  Choosing outfits?  Making wishlists? 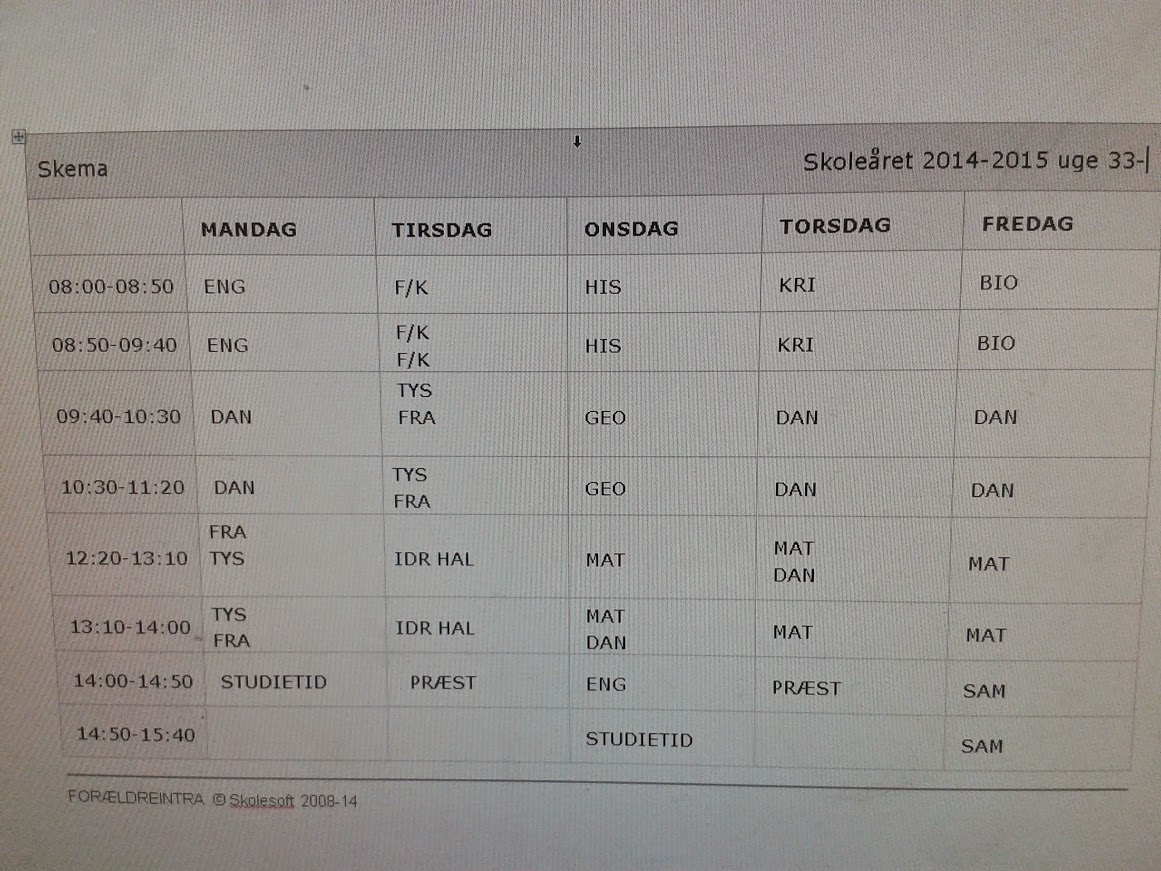 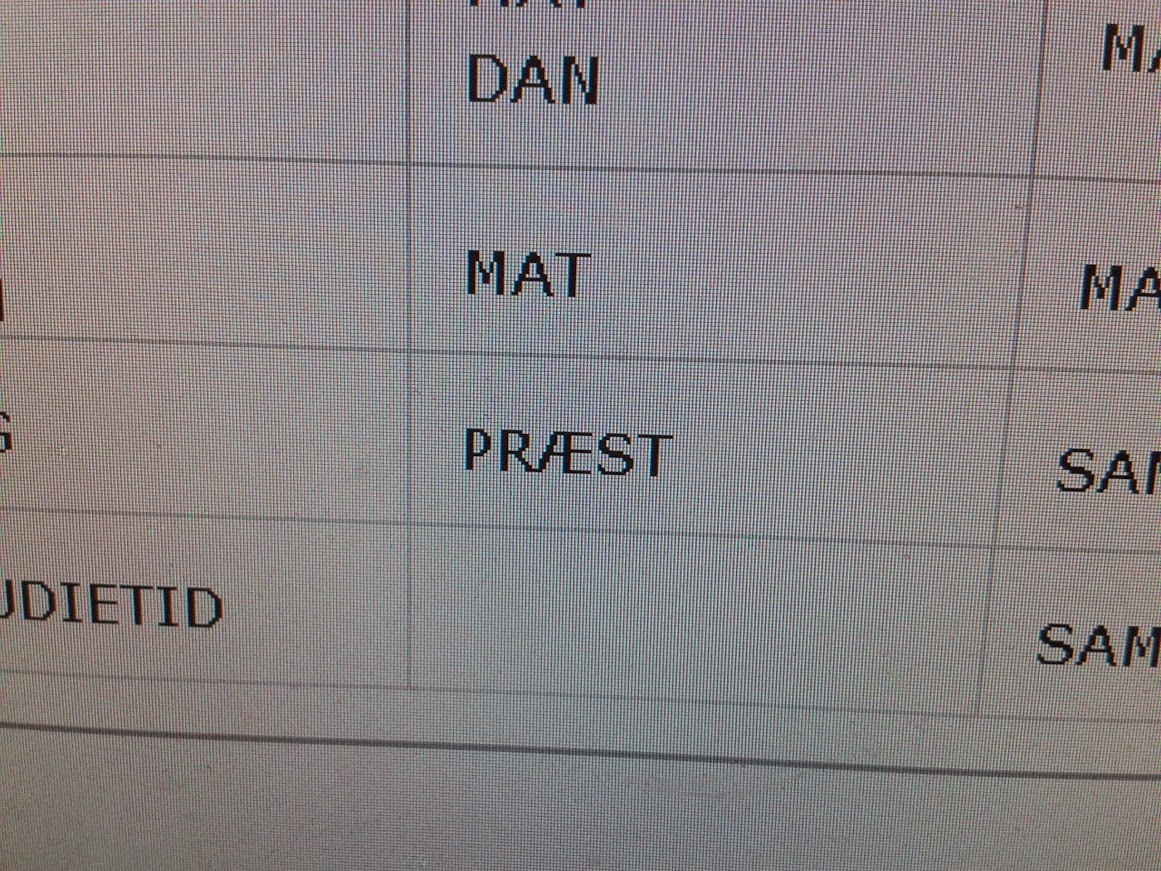 Yes, besides the usual suspects of French, Maths, Christianity, Modern Studies, etc, etc, etc, there's a new kid on the block.  "Præst" (Priest). Tuesdays and Thursday afternoons from 2 til 2.50pm.  The official name is "konfirmationsforberedelsen" (confirmation preparation).  Our DS14 has just started 8th grade and is therefore coming up to the first (should he choose to accept it) 'milestone' in his life. Confirmation.  To be, or not to be (confirmed).  That is the question!

My DDSIL (Dear-Danish-Sister-in-Law) was already on the phone to us last year, asking if she and DDBIL should keep any weekends in April or May 2014  free for a possible confirmation celebration.  Say what?  Well, in Jutland, children are confirmed in the 7th grade.  So she was just phoning to be on the safe side.  Anyway, here in Copenhagen, it's 8th grade.  So the time is, um, almost now.  Yikes!  Time to find a party venue!

Now, here's something which floored me...  "Confirmation preparation" is part of the Danish school timetable.  Imagine that! In a country where I have yet to meet someone who is a churchgoer! :P  But even though it's factored in to the school day, participation at the classes is entirely voluntary.  As well as church rituals and some Bible study, the preparation classes delve into life's big questions.  Birth, death, love, sex, education, friendships, work/life balance, marriage...

DS14 is undecided about the whole Danish rite of passage.  On the one hand, there is the lure of a party in his honour, with songs and speeches by friends and family.  (Very similar to a Danish wedding!)  Not to mention the even more alluring prospect of gifts and lots of cool cash. Remember my post When Blue Monday isn't New Order?  In 2011 the average amount of gifts raked in by 'konfirmander' was a staggering 17,000 kroner (US $3,200 or GB £1,980).  Give us the money! ;)

On the other hand, DS14 is very scientific (well, yes, he's in a special Biotech class, for Pete's sake!) and swears by The Big Bang.  (The theory and the television series.)  So feels it would be wrong to be confirmed in church as he doesn't "believe" in God.    As parents, we've told him that the decision is entirely up to him.  DDH (Dear Danish Husband) was confirmed when he was a lad but today is an atheist.  I'm not confirmed (we don't have the equivalent in the Church of Scotland) and know nothing about the Bible, but I do believe that there is a God.  Of some kind.

Funnily enough, I bumped into our old parish priest (she christened our DD12 when DD was a babe in arms) down at the sea the other week . The priest (or, minister, as we say in Scotland) asked how the kids were getting on and I mentioned DS14's dilemma. She said, "Tell him not to take it so seriously!"  She thought that it was a real shame that so much pressure put on the kids to "believe" or "measure their faith" and she herself encouraged them to relax and enjoy the tradition.  Who doesn't love a party?  Besides - as the Danes are always quick to point out - confirmation is not in fact the child saying "Yes" to God.  It's God saying "Yes" to the child! ;)

But back to DS14.  To be, or not to be (confirmed)?  Well, for the moment, he's decided to "gå til præst" and take part in the classes.  And make a reasoned decision (complete with venn diagrams?) later.

Watch this space!  There might be more between heaven and earth...

Dileri said…
Hi Diane,
My family and I just spent a wonderful ten days in Denmark and came home completely smitten with the place. I stumbled upon your post about skyr (as I was trying to find out if we were eating it correctly), and have read a number of your blog posts and enjoyed them tremendously! Thanks for enlightening me about the mystery of the double duvets on Danish beds and whether or not Danes are as pious as the constantly tolling church bells led me to believe. Very informative and entertaining. I look forward to reading more of your blog when I get to missing CPH.
Sunday, 24 August, 2014