***  Get the free, official IAAF/AL-Bank World Half Marathon Copenhagen 2014 app (itunes and android)

for the latest information about the race, traffic info, results, etc  ***

Klar, parat, start?  I've just been to pick up hubby's starting number.  He -- and 29,999 other runners -- are taking part in the World Half Marathon Championships taking place in Copenhagen tomorrow afternoon.  And before you ask...please, no questions about his estimated time!  Given that DDH (Dear Danish Husband) hasn't trained for months, just making it over the finish line without assistance from Falck will be a victory in itself! :P 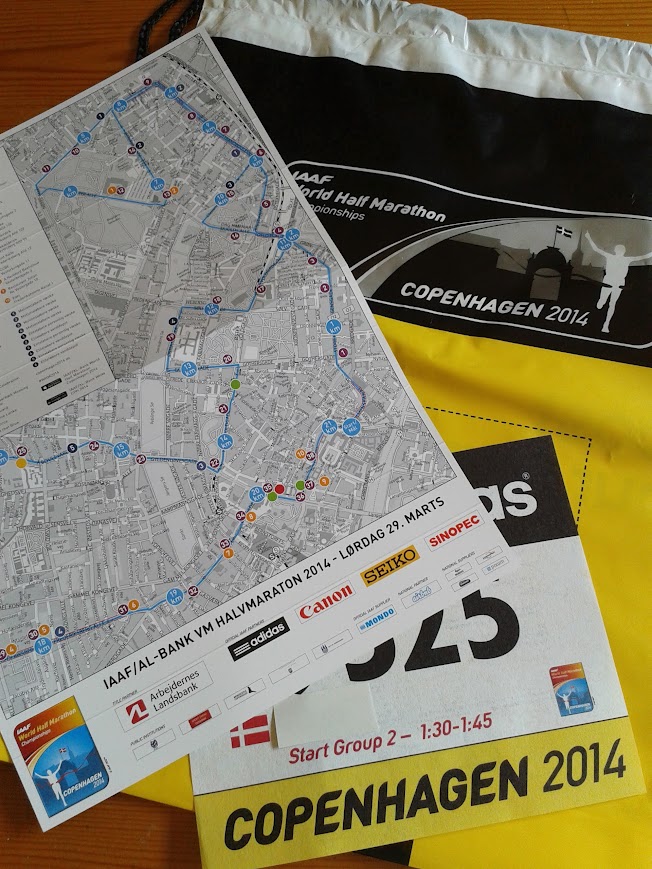 The race starts and finishes at Borgen - home of the Danish Parliament - which you all know from the tv series!   And the Starter for the Women's Elite Race is our Prime Minister, Helle Thorning Schmidt.  Remember her.  She of 'selfie with Obama' fame?  [The Danish Prime Minister (Almost) Got a Nose. A small one!]  Photo opportunity there, methinks?!

The Starter for the Men's Elite Race and the Mass General Race is HRH Crown Prince Frederik.  Now Frede (as he is affectionately known), the one who is married to Mary from Australia, is no stranger to a bit of fitness himself...  He's run several marathons and last year he completed an Ironman - the first royal ever to do so!  Perhaps he'll join in the race? Because once the runners are 'out of the gate' they'll head towards Kongens Nytorv and Store Kongensgade - passing by his 'house' and Queen Daisy's residence... [40 things you always wanted to know about the Danish Queen (But Were Afraid to Ask)]

Fancy going to watch?  Just be warned that the centre of Copenhagen will be at a standstill tomorrow, so you can only get there by S-train or Metro.  But the Danish weather gods are on their best behaviour and we have beautiful sunshine today and mild temperatures (around 10c/50f) which are set to continue into the weekend. 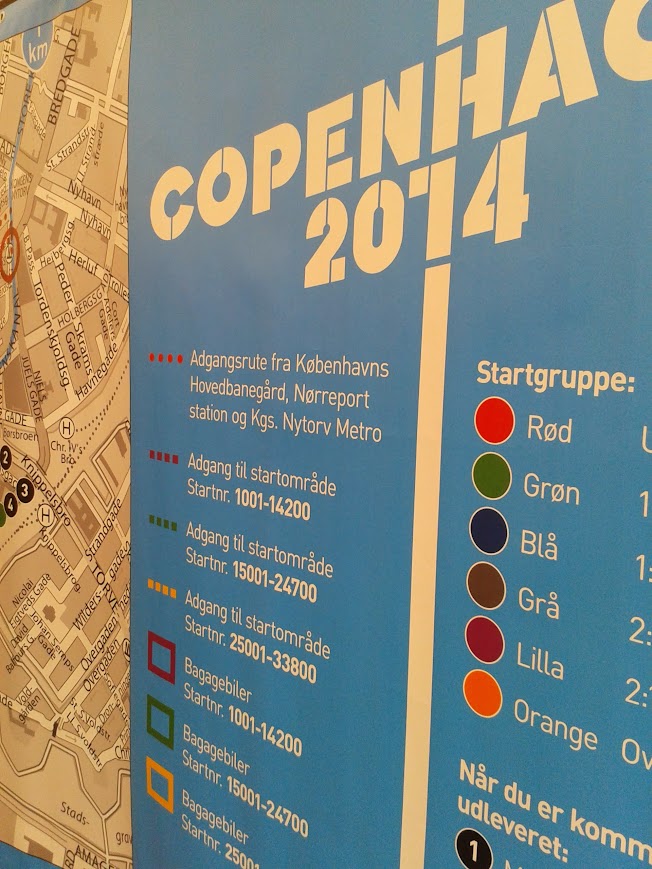 Have a fabulous Friday and a wonderful weekend!

Diane said…
Still standing! He had to jump to avoid someone who fell right in front of him at the 5km mark - and jiggered his knee - but managed to carry on and finish the race. And is signing up for another half-mara next month :)
Sunday, 06 April, 2014