So what's fastelavn?  Danish carnival.  Nothing to do with the one in Rio.  I mean, honestly, would you want to dance around the cobbled streets, half-naked, peely-wally white, often in sub-zero temperatures?  I think not.  If you want the whole historical background of the Danish festival, I suggest you go google or take a peek at Wikipedia.

Here’s what I think you need to know::

It's celebrated seven weeks before Easter Sunday (this year 2 March 2014).

For small kids, it’s the highlight of the year (aside from Christmas) - it’s basically the Danish equivalent of Halloween.

Kids wear fancy dress (which, for the under 6s, is invariably a superhero or something pink and princessy). 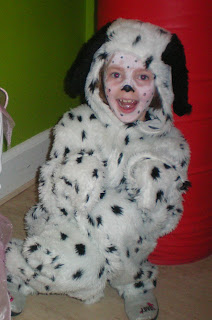 The kids make (or buy or receive) a fastelavnsris [don't know what that is? Hey, you're in luck! I'll be showing you how to make one of those later this week!]

You eat special fastelavnsboller!   Lots of them!

There are tons of parties where the kids get a chance to slå katten af tønden (literally ‘hit the cat out of the barrel’).  Schools and kindergartens devote a whole day to the celebrations.  And if your child goes to scouts or football practice, there will also be a party organised there.  Not to mention events organised by public libraries, museums, local businesses and supermarkets…  A tønde (large barrel, similar to a piñata) is filled with sweets and fruit.  Much more politically correct than filling it with live cats, as they used to do up until the early 1800s :/  The barrel is then strung up and the kids take it in turns to whack it with a bat.

But I digress!  Let's get back to those buns!  We made our own fastelavnsboller last year.  Check out these homemade beauties! Want to have a go?

We based ours on Arla’s recipe. You’ll need:


Mix everything together in a large bowl.  It’s easiest to use a mixer (dough hook) but you can do it by hand if you want the upper arm exercise.  When it all comes together, cover with a clean tea towel and leave to rise for about 45 mins.

Put everything into a little saucepan and whisk over a high heat until the mixture comes to the boil.  Turn down the heat, keep whisking for about 5 minutes then remove from the heat and leave to cool.

When you’re bun dough is ready, roll it out on to a floured worktop and try and get it into a large rectangle.  You are aiming to cut out around 12 squares, but don’t get too perfectionist…

DS14 rolling out the dough

Take a spoon of the filling and plop it into the middle of each square.  Fold the edges of the square together, press them together gently (so the filling doesn’t squish out) and carefully turn them over, so you have a neat little bun.  Leave the buns to rise on a baking sheet for another 45 mins.  (Or – if you want to bake them the next day – put them in a cool place or fridge overnight.)

Bake in a preheated oven at 225c (450f) for about 10 minutes.  Keep an eye on them, you don’t want them to get too dark.  Remove from the oven and cool before topping them with some icing or a dusting of icing sugar. Though if you want to top them with pålægschokolade (piece of thin breakfast chocolate), do it while they’re still hot!

When you’re ready to eat the fastelavnsboller, cut them horizontally and put in a (very l-a-r-g-e) dollop of whipped cream…

My fave combo...choc and cream!

Check back here later this week when I'll be showing you how to make another Danish Carnival essential – the Fastelavnsris!