Down the Garden Path

on March 28, 2011
Spring has finally arrived in Copenhagen and we put the clocks forward on Sunday night, so it's full steam ahead to long, long, bright nights - hooray! I put up the 'hammock chair' and the hammock between our two old apple trees yesterday afternoon.  And now it's a race between me and the kids to see who gets to lie in the hammock first... 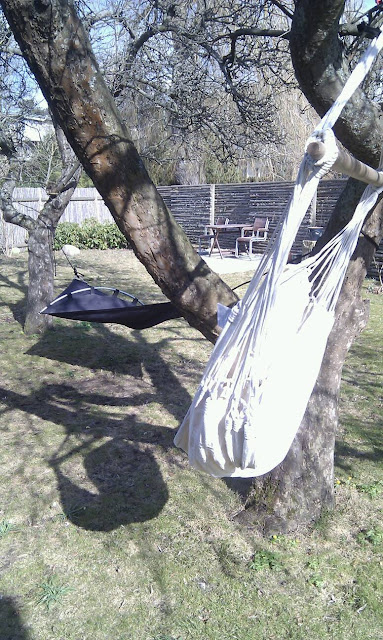 As usual, the move from wintertime to summertime has brought a sea change within me. I just want to get out and garden!  I managed a couple of hours yesterday - raking up leaves and collecting junk to take to the dump - and already things are looking good.  But I don't want to crash and burn, so this year I've come up with a plan.  (If the weather is good, I tend to get carried away and forget all about what I need to do indoors...)

I've made a checklist of what needs doing, and will try to limit myself to one job at a time.  I'm doing it the Flylady way with babysteps.  I use an android app on my telephone for my Flylady routines, and I've simply added another routine called 'Garden'.  (The app I use is called Chore Checklist Lite - it's free in android market.)  Here's what's on my list:
I'll be doing one task a week, or one task a day - depending on the weather, my mood and my schedule.  But it's nice to have it written down, so I can see what I need to do.  And, of course, what I've achieved ;D

This morning I cam back from my run at 9am and went straight out into the garden and started pruning the bushes.  It was a glorious sunny morning, so I couldn't resist... 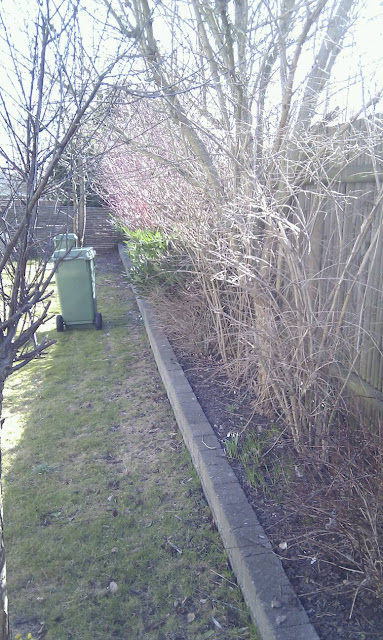 I did 15 minutes after my run.  And then another 15 minutes before lunch.  Usually I set my Flylady timer, but when I'm outside I like to listen to music on my headphones...when I've heard three or four songs it's time to stop.  And - voilà - one large bin full of garden refuse!
﻿﻿ ﻿﻿ The other thing I need to do right now is dust off my bike and get it ready for biking to school in the mornings.  DD9 got a new - icecream pink - bike for her birthday and is raring to go.  (Though don't let the sunshine fool you - it's still very cold frosty morning and evening, so we'll be keeping the hats and gloves on for another month yet.) 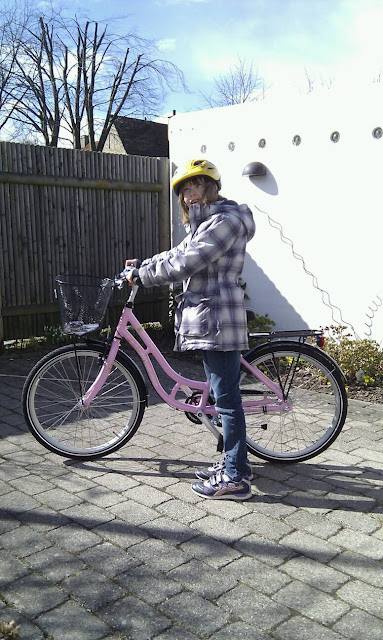 I'll be posting my progress in the garden every week, so don't forget to check back.

Have a marvelous Monday! :)
garden

Sue G. said…
Oh, I am getting ready to start the clean up in my yard. I think next week, if the weather cooperates. Lots of leaves to rake and tree branches to pick up.

As you know, once you start, it is the beginning of a non-stop months long gardening fest!
Monday, 28 March, 2011

katiec said…
Thanks for the inspiration to get going in the backyard!!
Tuesday, 29 March, 2011

Isn't it great to get out there again? Though it IS a lot of work...

I'm thinking we should plan a virtual online Garden Party sometime in June to celebrate our efforts! :D
Tuesday, 29 March, 2011