So how did I get on with Flylady zone 3 - the bathroom and one other room? Truth to tell, there wasn't much clutter in our bathroom - because we finished a remodel in November - so I'd already been through the towels, washcloths and what not fairly recently. But I did manage to throw out a some old cosmetics and medicine that was past its sell-by date.

The other room? I chose my office. And went gung ho in there! Used my Flylady timer and did seven minutes here and seven minutes there... Why was I keeping these disks from 1995? Because they might 'come in handy'?! Well, I've been moving them from flat to flat,and from Luxembourg to Denmark for 15 years. And they didn't. Flinging, flinging, flung! :D 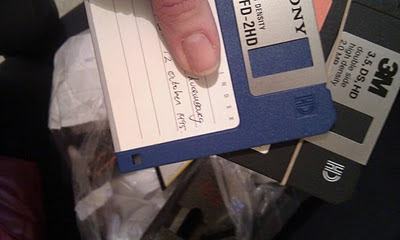 On the other hand, I did decide to hold on to this. (Do not adjust your sets, I can't turn this picture around, for some strange reason...) A Psion organizer given to me by my boss back in the early 90s. The forerunner of 'smart phones' and now a collectors' item on ebay! I'm keeping my one - not to sell - but to show the grandkids... ;D
﻿﻿ 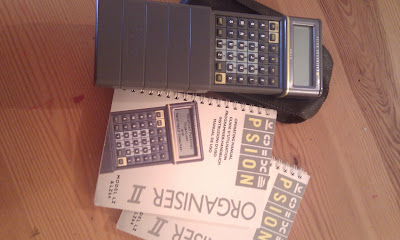 ﻿﻿ I went through loads and loads of old bank statements etc, manuals for equipment we no longer have, receipts for items we no longer own. Cleared (most) of my desk off. And finally got caught up with accounts. Wow, what a difference. And I'm not just talking about the state of my office but the state of my head...


The office also doubles as my craft room. So I tossed some half-finished projects and sorted through fabric, coloured paper, etc. Another large bag for the After School Club. And the school's sewing room is getting this little lady... 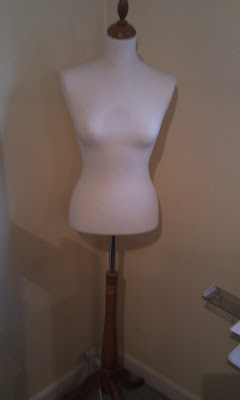 Where did I go next? Zone 4, the Master Bedroom - tune in next Monday for an update...