Keeping it in the (Armstrong) Family

on April 04, 2010
DH and I are off to see Niels Hausgaard tonight. We've seen him live a few times before and he is always good for a 'tee-hee' or two! He's a middle-aged comedian from Jutland (mainland Denmark). I was going to write that he's a left-wing comedian but - honestly - aren't they all? Do right-wing people have a sense of humour? ;)

Anyway, it reminded me of something funny that DS10 said this week. He's a bit of a clever clogs and (as we are always told at school parents' meetings) he possesses - apparently - a fantastic wealth of general knowledge... We were on our way to the cinema and he was telling his school pal about a film he had seen in an IMAX theatre about the moon landing. Here's the conversation (translated from Danish):


"The first man to land on the moon was a man called...[thinks a bit]...um, Armstrong. Not Lance Armstrong. Not the one who won the Tour de France. It was his brother, Neil."

Hope you have a simply super Easter Sunday with lots of giggles! :) 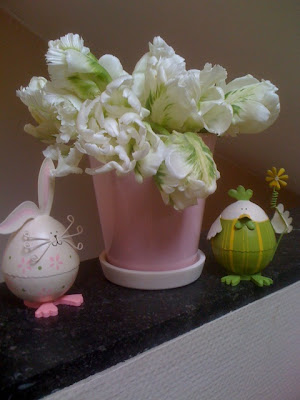