on February 03, 2010
My (darling) sister-in-law asked me yesterday for the date of our Copper Wedding because she wanted to keep her calendar free for the big celebrations we should (she inferred) be planning. So how long have DH and I been married if we are going to celebrate our Copper Anniversary? Well, if you google it, you could choose between 7 or 22 years in the USA, 9 years in Scotland or 32 years if you live in France.... 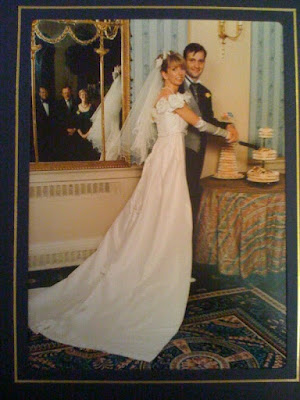 Cynics might suggest that, as one in three Danes get divorced, there isn't much chance of actually making it to 25 years and holding a Silver Wedding party. So they just divided it in half. Pardon? Whatever the reason for it, the Copper Wedding is a 'Big Thing' in Denmark and not to be taken lightly. Family and friends expect you to throw a Party. Hire a venue kind of party. And will sneak in to your garden during the night and put up an archway (but just half!) of flowers around your front door. And expect to be invited in for breakfast at 7am on the morning of the glorious 12½ years.  Yikes, Shaggy, I'd better make a Flylady Control Journal and get planning...and hope DH is writing another good speech. 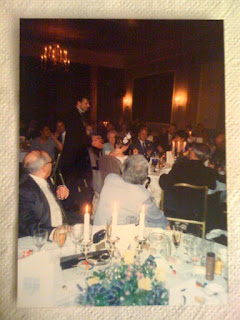 Have a wonderful wedded Wednesday! :)
copper wedding Denmark Flylady me those crazy danes

C-Joy said…
How extraordinary -DH & I were married exactly 1 year and 5 days after you!!!!! Which also means I have a year longer to plan out celebrations LOL
Wednesday, 03 February, 2010

DIANE, DENMARK said…
Well, C, that means you will be free to come over and celebrate with us, right? No date clashes! LOL
Thursday, 04 February, 2010

You might want to know that celebrating 12½ years of anything (not just weddings) is perfectly normal here in Holland too. Perhaps it's got to do with the fact that both Denmark and Holland have had currency units that are divided into quarters rather than tenths: 25 øre, and 25 cents before Holland joined the eurozone. Holland went all the way with that in pre-euro days: a 2½-guilder coin, and 25-guilder and 250-guilder banknotes (whereas in most countries it's 2, 20 and sometimes 200). Perhaps because these quarter-based units are (or were) so important to them, they instinctively divide 25 by two - 'halfway to that oh so important 25'. And the Dutch are said to be nation of shopkeepers who are very tight with their money, so maybe that extra ½ year matters all the more.
Wednesday, 26 August, 2015